The Coptic school teacher Mervat Seifein from Beni Mazar, Minya, has for the second time during the last two weeks been rejected by Minya students for the explicit reason that she is Copt.

Mervat Seifein had been promoted on 8 February to school director of Beni Mazar Secondary Girls’ School in Beni Mazar, Minya. It was a routine promotion in which she replaced the previous school director who is a Muslim. The students protested and held a sit-in in the school courtyard asking for her removal and that the previous Muslim director, Gamal Abu-Bakr Muaz, should remain in office.

They were joined by a few teachers. Ramadan Abdel-Hamid, the Minya deputy to the Education Ministry responded to the girls’ demands, upon which the students disbanded.

Since Ms Seifein is due for promotion in her job, Mr Abdel-Hamid met her last Saturday and offered her the post of school director of the Boys Technical School in Beni Mazar, where she has been deputy to the headmaster since 2011. She accepted and, on the following day, headed to school as usual, this time to act as school director. She was stunned, however, to find the students there holding a demonstration against her becoming school director, on account of her being a Copt. “We don’t want a Copt,” they cheered. The police were not able to disband the boys’ demonstration in the school courtyard.

Ms Seifein is both furious and surprised. She told Watani that the Education Directorate’s compliance with the demands of the Beni Mazar Secondary Girls’ School’s students has undermined the State of law and encouraged others to follow suite in their challenge of the law. Seifein said that ever since her appointment as school deputy in 2011 she enjoyed very good relations with the school teachers and students. “The girls who demonstrated against me don’t know me,” she said, “so why the antagonism? Simply because I am Coptic? The only explanation I can fathom is there has been fanatic incitement going on against my promotion, possibly by persons who are purely extremist or who have an interest in keeping me out of that post.”

Magdy Melek, MP for Minya, said the incident borders on dark comedy. “It is still an isolated case,” Mr Melek said, “But, left unchecked, it threatens to undermine the legitimate opportunity of Copts to government jobs or promotions. Such sedition should be nipped in the bud, otherwise the State stands to lose all dignity and authority.”

Ezzat Ibrahim, a Minya activist, demanded that a prompt official investigation be conducted into the matter. “This is flagrant religious discrimination,” Mr Ibrahim says. “It brings to mind the incident in the southern province of Qena when the Islamists rose against the appointment of a Coptic governor in the past-Arab Spring weeks in 2011, and the State gave in and went back on the appointment.

“It is catastrophic that some 50 or 100 teenage girls or boys should impose their will on the State. And it is equally disastrous that these students were pushed to do so by a group of fanatic Islamists. The positive official response to their preposterous demands amounts to an invitation for religious discrimination. The deputy minister who did that must be dismissed.” 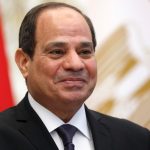 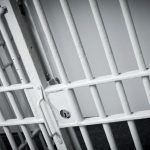