Garnett Genuis is the Member of Parliament for Sherwood Park–Fort Saskatchewan in Alberta, Canada. He spoke at Coptic Solidarity’s 9th Annual Conference in Washington, DC in a session titled International Response and Responsibilities towards the Persecuted which can be viewed on Coptic Solidarity’s YouTube Channel. MP Genuis is a strong advocate of Coptic equality. This is the letter he sent to last week to Egyptian Ambassador Zeid in Canada urging Ramy Kamel’s release.

I am writing to you to share concerns that I have regarding the arrest and treatment of Ramy Kamel.

Mr. Kamel is a human rights activist and an advocate for the civil rights of Egypt’s Coptic Christian community. He has reported objectively on attacks against Copts in Egypt, documenting rights abuses and instances of displacement due to faith-based persecution.

On November 23, Egyptian special forces officers entered Mr. Kamel’s home and, without an arrest warrant, moved him to an unknown location, and subsequently confiscated his personal documents, computer, camera and mobile phone. Mr. Kamel was then allegedly beaten by security forces, deprived of his asthma and blood pressure medication, and not permitted to contact his family or lawyers until the following day. On November 24, Mr. Kamel was then charged with a series of dubious and seemingly politically motivated crimes, including membership in a terrorist organization, spreading false information, and disturbing the public order.

I am gravely concerned regarding the physical well-being of Mr. Kamel. As has been noted by UN human rights experts, if the allegations of Mr. Kamel’s treatment are true, Mr. Kamel’s right to health, liberty and privacy have been violated, and his treatment by security forces may even constitute torture. Furthermore, although Mr. Kamel is reported to be suffering from acute respiratory distress and is in need of immediate medical attention, his detention was extended for another 15 days on December 16.

Additionally, freedom of conscience and freedom of expression are affirmed in the Egyptian Constitution, as well as in the Universal Declaration of Human Rights and the International Covenant on Civil and Political Rights, both to which Egypt is a signatory. However, the case of Mr. Kamel seems to be a part of a troubling pattern of reprisal against human rights activists, journalists, and political dissidents.

In light of these circumstances, I urge the Egyptian Government to immediately permit the release of Mr. Kamel, and to hold those who are involved in the mistreatment of Mr. Kamel accountable. 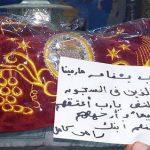 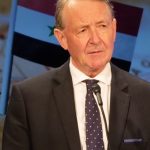