I am a member of the U.K. All Party Parliamentary Group on Egypt and was one of those who met you during your visit to London. I am copying this correspondence to Mr. Stephen Timms who is the chair of the APPG.

I am writing to respectfully urge you to immediately release, protect, and provide medical attention to Mr. Ramy Kamel who was arrested under false charges on November 23, 2019.

Mr. Kamel is a prominent Coptic human rights activist and blogger who has reported objectively on mistreatment of Copts in Egypt. He has documented rights abuses and advocated for those who have been displaced from their homes by faith-based persecution.

He was summoned by the police and severely beaten in early November, without legal representation. Mr. Kamel was then arrested under the cover of dark, around 1:30AM on November 23rd, again beaten, and interrogated without legal representation at the Supreme State Security Prosecution in Cairo’s Fifth Settlement neighborhood. He was absurdly charged with joining and financing a terrorist group and spreading false news.

The unjust imprisonment of Mr. Kamel adds weight to the international media report about the Egyptian government’s widespread crackdown against human rights advocates and opinion-writers within Egypt. Mr. Kamel’s case is yet one more that solidifies claims of rampant torture by internal security. It is imperative that all government officials and internal security personnel involved in his unlawful torture and interrogation without legal representation be brought to justice.

I urge you, Mr. President, to look carefully at this case and to order the release of Mr. Kamel and rectify this egregious injustice. 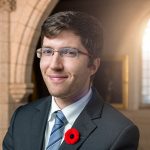 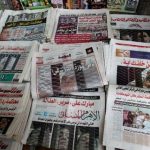