One of the most refreshing aspects of Resolution 296—which acknowledges the Armenian Genocide, and which the House recently voted overwhelmingly for—is that it also recognizes those other peoples who experienced a genocide under the Ottoman Turks.  The opening sentence of Resolution 296 acknowledges “the campaign of genocide against Armenians, Greeks, Assyrians, Chaldeans, Syriacs, Arameans, Maronites, and other Christians.”

And that last word—Christians—is key to understanding this tragic chapter of history: Christianity is what all those otherwise diverse peoples had in common, and therefore it—not nationality, ethnicity, or grievances—was the ultimate determining factor concerning who the Turks would and would not “purge.”

The genocide is often conflated with the Armenians because many more of them than other ethnicities were killed—causing them to be the face of the genocide.  According to generally accepted figures, the Turks exterminated 1.5 million Armenians, 750,000 Greeks, and 300,000 Assyrians.

As for the latter peoples (the word “Assyrian” also encompasses Chaldeans, Syriacs, and Arameans) half of their population of 600,000 was slaughtered in the genocide.  In other words, relative to their numbers, they lost more than any other Christian group, including the Armenians.

Year of the Sword: The Assyrian Christian Genocide (published 2016) underscores that 1) the Assyrians were systematically massacred, and that 2) the ultimate reason for their—and therefore the Armenians’ and Greeks’—genocide was their Christian identity.

The book’s author, Joseph Yacoub, an emeritus professor at the Catholic University of Lyon, offers copious contemporary documentation recounting countless atrocities against the Assyrians—massacres, rapes, death marches, sadistic eye-gouging, and the desecration and destruction of hundreds of churches.

While acknowledging that the Assyrians were “annihilated by the murderous madness of Ottoman power, driven by a hideous form of unbridled nationalism,” Yacoub also affirms that the “policy of ethnic cleansing was stirred up by pan-Islamism and religious fanaticism.  Christians were considered infidels (kafir).  The call to Jihad, decreed on 29 November 1914 and instigated and orchestrated for political ends, was part of the plan” to “combine and sweep over the lands of Christians and to exterminate them.”   Several key documents, including one from 1920, confirm that there was “an Ottoman plan to exterminate Turkey’s Christians.”

The role played by other minorities under Ottoman rule—that is, Muslim minorities—further underscores that religion was the dividing line: enter that otherwise little known people that recently made international headlines as “betrayed” freedom-fighters—the Kurds.

Although there has never been any love lost between Turks and Kurds, once Christians were thrown into the mix, the two hitherto quarreling Muslim peoples temporarily set their longstanding differences aside: “Holy war [jihad] was proclaimed in Kurdistan and Kurdish tribes responded enthusiastically under the planned and concerted direction of the Turkish authorities,” writes Yacoub.  Thus, the Kurds “were accomplices in the massacres, and participated in looting for ideological reasons (the Christians were infidels).”

Yacoub recounts many “atrocities carried out by Turks and Kurds from town to town and from village to village without exception.” In one instance, Turks, Kurds, and other “Sunnis,” selected “eighteen of the most beautiful young girls” and hauled them into a local church, “where they were stripped naked and violated in turn on top of the Holy Gospel.”  An eyewitness recalled that the “outrages” committed against “even children” were “so horrible that one recoils; it makes the flesh creep.”

Ample precedents presaged this Christian genocide of the early twentieth century.  As just one example, between 1843 and 1847, the Kurds “unleashed carnage” among the Assyrians of Van.  More than 10,000 men were massacred, while “thousands of women and girls” were raped, mutilated, “and forcibly converted to Islam.”

Nor has history ceased.  Those Christians most recently to undergo a genocide—the Assyrians who found themselves under the Islamic State in Iraq and Syria (ISIS)—are “themselves children of the Ottoman Empire’s victims,” notes Yacoub.

Today, Assyrian Christians continue to be victimized by both NATO-ally Turkey and freedom-fighting Kurds.

The Other Genocide of Christians: On Turks, Kurds, and Assyrians

Raymond Ibrahim, author of Sword and Scimitar: Fourteen Centuries of War between Islam and the West, is a Shillman Fellow at the David Horowitz Freedom Center, a Judith Rosen Friedman Fellow at the Middle East Forum, and a Distinguished Senior Fellow at the Gatestone Institute. 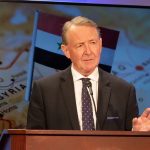 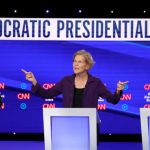