Freedom of religion and freedom of conscience are the keystones of human rights and provide the foundations for truly free societies. In a world in which 250 million Christians are persecuted, and for which, according to Open Doors, an average of 11 Christians lose their lives every single day, we must not stand idly by.

Friends, it’s a moral outrage that whole waves of humanity are being murdered, terrorized, victimized, intimidated, deprived of their belongings and driven from their homes simply because of the way they worship God or practice their faith.

Infringement of freedom of religion and belief morphs very quickly into persecution, and all too quickly, that can morph into genocide and other crimes against humanity. Jonathan Sacks, who was Britain’s chief rabbi from 1991 to 2013, said: “The persecution of Christians is one of the crimes against humanity of our time. I am appalled at the lack of protests it’s evoked. It is the religious equivalent of ethnic cleansing.”

For example, in 1914, Christians made up a quarter of the Middle East’s population. Now they are less than 5%. A slow-burn genocide began in 1915, and it hasn’t ended yet. And often we fail to remember what has gone before, to stand in solidarity with those who suffer so grievously or to use our voices or opportunities to speak out and act on their behalf.

In Nigeria, a new genocide is underway at the hands of Boko Haram and the Fulani militia. In just one incident in Nigeria last year, 19 people were killed while attending Mass—including two priests.

On August 12, Open Doors reported that some 8,000 children have now been abducted by Boko Haram, who openly say their interim goal is “to eradicate Christians from certain parts of the country.”

Think of the plight of a 15-year-old girl named Leah Sharibu, seized over a year ago by Boko Haram. They refused to release Leah because she rejected their demand that she renounce her faith and convert to Islam.

Or think of Iran, where there were almost 1,000 executions last year. Recall the arrest and detention of 114 Iranians in a single week for suspected proselytism. It’s illegal to preach or to convert, and converts can spend a decade in prison, where torture and abuse are commonplace.

We must remember: Religious freedom is not “nice to have” but fundamental to the existence and dignity of every human being. Its denial is also a point of reference for all other claimed rights. It is clear to me that when you deny religious freedom, the denial of all the other rights is never far behind.

A transcendent belief in the Imago Dei (Genesis 1:26-28) is an amazingly liberating doctrine—imagine what such a radical insistence on their human dignity would mean to the unprecedented 70.8 million people forcibly displaced worldwide; to the 37,000 people forced to flee their homes every day due to conflict or persecution; or the 40 million people—including 8 million children—in modern day slavery; to the 250 million Christians persecuted globally; or to the 250 million Dalits who are told that they are “untouchables.”

I have always believed that human dignity must inform the way we shape our political priorities; that no life is so futile or worthless that it does not command the right to be defended with determination and vigor. All men and women, at every stage of their lives, deserve the protection of those who hold political office, make laws and determine events.

In the West, we have seen Christian symbols removed from classrooms; Christian midwives lose their jobs because they refuse to abort a child; universities deny free speech to Christian speakers; political leaders forced from office because they are told their beliefs are incompatible with ascendant angry atheism—like a secular, illiberal mirror image of Sharia law.

Such treatment makes mockery of the claim to believe in freedom. It is an affront. Paradoxically, much of it is now done under the banner of rights, autonomy and choice.

And although this may be a harbinger of worse to come—the canary in the mine—it is nothing in comparison with the truly horrific experiences of millions of believers around the world.

I also strongly hold that we must be free from all coercion in these matters and that the right not to believe is as important as my right to hold religious beliefs; that external coercion against people of faith—which we see all over the world—prejudices the development and fundamental well-being of society; that the worship of God is not something to be moderated by the state; that families and individuals have the right to their beliefs without the state’s undue interference; that states, while rightly protecting society from violence, terror, abuse or a misuse of power committed in the name of religion, must be guardians of the fundamental human dignity and human rights that underpin religious freedom.

For people of faith, our duty to God and our belief in human dignity is a nonnegotiable to be defended with courage and vigor. Thus, we must promote religious literacy in the population at large and among politicians. Given that 80% of the world’s population declares some religious faith, policymakers cannot understand the world if they don’t understand religion.

We must remind people of the tangible benefits that accrue to a society that protects religious freedom, and we must recast the priority we give to religious persecution and make it the defining issue of our times.  ©2019 Lord David Alton

Lord David Alton was a member of the House of Commons in the United Kingdom for 18 years. Since 1997, he has been an independent crossbench life peer in the House of Lords. He spoke in 2017 at BGEA’s World Summit in Defense of Persecuted Christians and is a Trustee of The Arise Foundation charity. For more information, see davidalton.net. 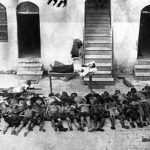 The Other Genocide of Christians: On Turks, Kurds, and AssyriansSelected Opinion