Once again, last week the Egyptian court system denied justice to Egypt’s Coptic Christian minority by postponing judgment on two notorious cases that have been at court for years. 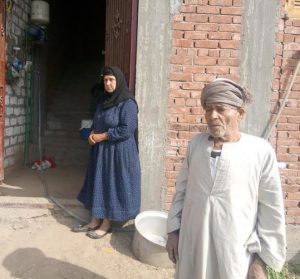 The first concerns Soa‘d Thabet, a 70-year-old Coptic Christian grandmother. On May 20, 2016, a mob of some 300 Muslim men descended on her home, stripped her completely naked, beat, spit on, and paraded her in the streets of al-Karm village (in Minya governorate) to jeers, whistles, and triumphant shouts of “Allahu Akbar.”

The second case goes back to July 2013, when General Sisi ousted then President Morsi of the Muslim Brotherhood, following huge popular demonstrations against Morsi on June 30.  Then, Brotherhood sympathizers all around Egypt rioted, mostly by targeting Coptic Christian people, homes, and especially churches, of which almost one hundred were set ablaze or destroyed. 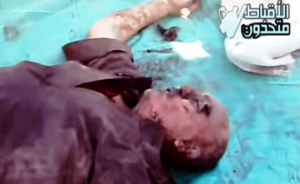 In both, the case of the stripped Coptic woman and the case of the slaughtered Coptic man, the names and faces of the culprits and murderers are well known.  Indeed, while the humiliated, elderly woman, and the family of the slain man were driven from their homes and continue to reside outside their villages for fear of “reprisals,” their persecutors still live and walk around there, freely and proudly.  Among them is the local sheikh of Delga, who was seen participating in the slaughter of Mr. Toos.

And yet both cases have been at court for years—nearly four years for the stripped woman and nearly seven years for the slain man.  The ruling court in Minya has come up with any number of excuses not to judge on these cases. Last March 17, 2019, it simply recused itself and stepped down from both cases.  Now, according to an October 28, 2019 report, the two cases have been postponed yet again because a court member was reportedly absent.

It should be borne in mind that, even in Egypt, such criminal cases usually do not take years to judge: except for those who managed to escape, Muslim Brotherhood sympathizers who targeted state property or officials in 2013 were arrested years back, tried, found guilty, and hundreds even sentenced to death.

Commenting on these ongoing delays, Adel Guindy, past president of Coptic Solidarity and member of its board, said, “The judiciary system in Egypt, as well as the rest of the pillars of the state (often referred to as the “deep state”) have become impregnated with fundamentalist Islamic ideology, and are thus decidedly biased against Copts. The political leadership of the country takes no concrete corrective measures and, worse still, lets this ideology shape and dominate the society, through education and media.”

The ongoing stalling of two cases where Copts were victimized makes clear that Egypt’s Christian minorities are not just suffering from Islamists and criminals but from the entire system, a system which allows much impunity for those who would target Christians.

After all, a justice that moves as slowly as a turtle—constantly recusing and delaying—is just another form of injustice.

Thousands of Christians Face Exile or Extinction in SyriaNews