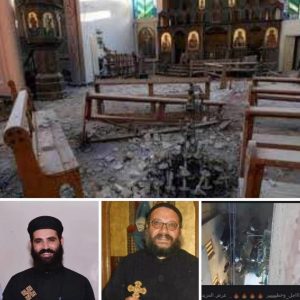 Coptic Solidarity strongly condemns the closure of the Anba Karas building by the police in Sohag, Egypt on April 13, after Muslim mobs repeatedly protested in front of it causing minor injuries to two priests. Curiously, the resumption of persecution against Copts comes just after a brief period of calm that coincided with the Egyptian President, Abdel Fattah el-Sisi’s, meeting with President Trump in Washington, DC.

The Society of Anba Karas is a “religious association with authorization for performing prayers.” It was granted a permit to conduct religious rites in its building four years ago. Anba Karas serves about 1300 Copts, with the closest church being over 12.4 miles away, an unwalkable distance for the elderly and children. In August 2016, Egypt passed Law 80, which was touted to facilitate and streamline the church construction process. In response, the Sohag diocese applied for official church status in September 2017 but is yet to receive a response.

Anba Karas is only 100 square meters in size, so the Coptic community purchased the house adjacent and connected the two buildings. They also started building up and were on the third story of construction. On Friday April 12, the Mayor of the village Naja’a Khalafallah, a government appointee, started inciting and mobilizing the Muslim community with the implicit support of the city-council and the National Security officers, to protest the building expansion.

The mob arrived around 4 PM while Coptic children were attending Sunday school, carrying knives and sticks, yelling insults and saying that they did not want a church in their village. The Coptic children were terrorized by the mob’s presence, and only protected by a metal gate that prevented the protestors from accessing the church.
About five policeman eventually arrived and attempted to disperse the mob. They reportedly helped the Coptic children exit the church. The two priests attempting to leave the church were attacked and sustained minor injuries but were able to escape. Later that evening, both priests were questioned, and the government decided to close the church on April 13, citing security reasons. The decision to close the church is illegal in view of Law 80 which directed that churches in the process of obtaining permits are allowed to continue functioning. Furthermore, the closure occurred just before the most important Orthodox celebrations of Palm Sunday, Passion Week, and the feast of the Resurrection, denying 1300 Copts from celebrating the most important commemoration of their faith.

The Egyptian government has recently been lauded for improved religious freedom after opening the large Cathedral of the Nativity in January 2019, yet according to the Egyptian Initiative for Personal Rights, at least 22 Christian churches and buildings awaiting regularization have been shut down by the authorities despite the stipulation by Law 80 that services are to continue in all sites while under review. Moreover, the implementation of the August 2016 church law is moving at a snail’s pace with only 850 sites receiving permits out of 3700 sites that were supposed to have been “grandfathered” or granted permits. Furthermore, the majority of the permits granted thus far are conditional on implementing draconian building security modifications failing which the permit would be void.

Coptic Solidarity urges the international community to hold the Egyptian government accountable for the continued arbitrary closure of Coptic churches, attacks on Coptic individuals, and destruction and looting of Coptic property that occurs frequently and with impunity.
________________________________
Photo Credit: Main photo – Muslim villagers attacked Copts in Sohag, Egypt in 2018 on rumor of church opening.
Watani 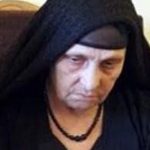