Minya Criminal Court last week handed a death sentence to the policeman Rabie Mustafa Khalifa for shooting to death two Copts in the city of Minya some 250km south of Cairo. The court referred the sentence to the State Mufti whose approval is a legal precondition for the death sentence to become final. The Mufti is a Muslim cleric in charge of issuing fatwa (Islamic legal opinion) and the State Mufti is a high-ranking Islamic scholar who undertakes that task. The court set the date 2 April, by which time the Mufti would have issued his opinion on the death sentence, to give announce its final judgement.

The two Copts Emad Kamal Sadeq, 49, and his son David Sadeq, 21, were shot by Khalifa on 12 December 2018. The two men were construction contractors who were supervising a job of removing debris from a demolished building across the street from al-Nahda Evangelical church on which Khalifa was stationed as a guard. A dispute erupted between the Copts and the Khalifa, who then opened fire at them using his police gun. [http://en.wataninet.com/coptic-affairs-coptic-affairs/coptic-affairs/two-copts-killed-in-street-fight-in-minya/27032/ ]

Official investigations included testimonies of eyewitnesses and the other police guards on the same shift as Khalifa, footage by CCTV cameras on the buildings around the scene of the crime, and Forensic Medicine analysis which proved that the victims were shot by Khalifa’s gun. The prosecution charged Khalifa with premeditated murder.

Policeman sentenced to death for killing two Copts in Minya 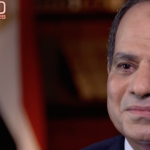 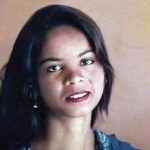