By Christopher White – The Tablet –

Four years ago this week, 21 men were videotaped on a beach in Libya as their ISIS captors beheaded them one by one. Of the 21 victims, 20 were Coptic Christians from Egypt who had migrated to Libya for work.

In his new book, ‘The 21: A Journey into the Land of Coptic Martyrs,” German novelist and poet Martin Mosebach chronicles his travels through Upper Egypt, where he met with the families and priests of the martyrs.

Mosebach spoke with The Tablet in New York on Monday as to why he believes Coptic Christianity offers a purer form of the faith from which modern believers should seek to learn, how the families of the martyred 21 view such deaths with reverence and honor rather than anger or a sense of injustice, and the possibility of true faith in a skeptical age.

What was it about the story of “the 21” that first captured your imagination?

We often hear a lot about the atrocities in the near East and the killing of Christians and persecution of Christians, but this was the rare case where the 21 who were killed had the opportunity to confess their faith and were not just victims. The way the Christian tradition would see it, they were active in their confession.

This reminded me of the old ages of Christianity in the early centuries. In fact, the Church of Egypt – the Coptic Church – is deeply connected to these early ages. You make a trip through time when you go into the Coptic Church, crossing the centuries, and finding another mentality and spirituality than yours, but still Christian – in some ways, some might say, nearer to Christianity than ours.

You made the intentional decision to focus on the victims, not the perpetrators. Why?

That was important for me. Many people are concerned with the Islamist movement, but I was interested in what forms people like these 21 give them the capability – this force – to stay in such a moment and to resist the threats.

I had to try and go inside this Coptic world. I traveled to Upper Egypt where these men came from in these little villages and the families where these men are still living in big clans of hundreds of people. I visited all of these families, their bishop, I spent time to see their liturgies, and I went to the monasteries. These monasteries are islands of Christianity in a Muslim majority world.

What did you find there?

I found a completely different point of view of martyrdom. No lamentation, no mourning, no pity, but, instead, pride and happiness. This was not seen as an injustice or an incident that should not have happened. On the contrary, mothers, widows, brothers, and fathers all spoke the same language.

Their paintings and photographs, showed the killed ones with royal crowns on their heads. It was all completely liturgical. They were like priests who had given their lives through this act of faith. There was really the presence of the supernatural in the lives of these very simple people who were not mystics at all. These were people with very simple theologies, but it was a real theology.

You note that the general population of Egypt is quite young (with half of the population under the age of 25) and still religious. In your view, how have the young Copts kept their faith, and what lessons do you think can be learned from their experience?

It is a very different culture from ours. For both the Christians and the Muslims, it is quite normal for a young person in Egypt to be religious. It would be extraordinary not to be, except in urban areas.

I was told that I must go to Upper Egypt to know the real Coptic world. It is another society. The Coptic Church has not gone through all these chapters of the history of the Church like the Western Church because it was completely isolated after the Islamic conquests. It was preserved in a very pure stage. All these big movements in the Western Church – from building the cathedrals in France, from the Reformation, to the Counter-reformation, and so on – they were not a part of.

The Western Church, in both Catholic and Protestant countries, has been a part of the reigning power structures. The Coptic Church has not. They did not take part in the development of the culture. You could say they were frozen in a certain state, and we must be very grateful that they are there. Any reform of the Church – and the Church always has to reform itself – has to go back to its sources.

For too long, the Western churches have ignored or have not been interested in the oriental churches. Now the time has come when the Western Church is in such a big crisis, to look and see a model of a church that has not changed.

Coptic Christians in the region will often remain silent when they are attacked by Muslims neighbors in hopes not to destabilize their ability to live together. In writing this book, do you hope you’ve become their voice?

I wrote this book for Western people – not in the sense of “look at those poor people in Egypt,” but rather, “look at those rich people.” They can be a model for us in showing a character of Christianity that is not as skeptical and has not become bourgeois. You can see how the young Church can remain a model for the Church now.

Author Holds Up Martyred Copts as Model for Contemporary Christians 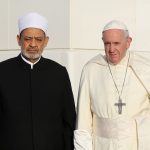 Pope Francis Misleads His Flock About the “Historical Document”Selected Opinion 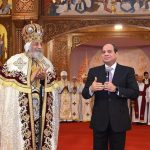