On January 23, amid the ongoing debate over the government shutdown, the U.S. House of Representatives passed a spending bill for Fiscal Year 2019 that would maintain the Foreign Military Financing (FMF) aid for Egypt at $1.3 billion, of which $300 million is conditioned on human rights improvements.

According to Al-Monitor, the foreign assistance levels have now “been agreed to in both chambers, indicating that they’ll likely become law when the shutdown eventually ends.” This bill comes after the House passed a separate spending bill on January 3 to reopen the government that would have cut military aid to $1 billion, instead of the traditional $1.3 billion in FMF, but failed to receive a vote in the Senate.

POMED’s Seth Binder told Al-Monitor that the “compromise is deeply disappointing,“ and “a missed opportunity for [Congress] to send a strong message to the Egyptians” regarding the country’s human rights abuses.
______________________
Photo Credit: Atlantic Council 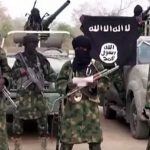 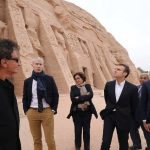