On August 22, in the village of Al Zenika located in the Province of Luxor (Upper Egypt), Islamists demanded the stoppage of prayer in the church of the Virgin Mary. To satisfy the Islamists, the church doors were bolted shut after police evacuated the parishioners. Furthermore, five Copts were arrested.

On August 24, in the village of Ezbet el Sultan in Al Minya province (Upper Egypt), a group of Islamists stood next to the village church screaming “we do not want a church here,” protesting Copts praying and demanding the Church be shut down.

The same church was the theater of Islamic protests in the mid-June and July. During this period, the presence of this tiny church of 900 square feet provoked Islamists to harass Copts and uproot their agriculture. No authorities intervened to arrest the aggressors.

On August 25, during the mass held in Saint George Church in the village of Zayton in the Province of Bani Sweef (Upper Egypt), a Coptic priest and congregation were astounded when a firefighter from the police protection squad outside the building entered the church, faced the priest and screamed into the congregation the words, “you are kafer [infidel].” A group of people physically controlled the man and removed him from the church.

On September 1, in a small village called Kaser Heder in the Province of Assyut (Upper Egypt), Copts defaulted to the village street to celebrate a church member’s funeral prayer service. This was not due to any legitimate reason but rather necessitated by the demands of local Islamists to shut down the village church. Islamists from the same village objected to the existence of the church. So, the door was bolted by the police, preventing Copts from praying the funeral service inside their church or practicing their religious rituals.

On October 2, seventeen year old Simon Mahros, a Coptic girl from the village of Abu-Hashem in Beni-Sweef Province (Upper Egypt) went missing from her family. She was last seen on October 2 on her way to school when surveillance cameras show her taking a Took-Took motor-bike taxi transport. Simon’s family has filed a missing minor-person police report.

So many times, when Coptic girls disappear they have been kidnapped and brought to live with a Muslim family upon forced conversion to Islam. The police or investigators are no help.

On October 4, Bishoy Nady is now missing seven days from his September 27 date of disappearance. The eighteen year old Coptic farmer from a small village outside of Samalut in Al Minya province (Upper Egypt) last week ended his work day, arrived home, changed from his work clothes, and informed his family he was going to Samalut. Bishoy never returned home.

Family members became alarmed when they tried to reach him by phone and realized that his phone was shut down. After filing a disappearance report with the police and waiting a week, Bishoy is still missing with no word at all.

In the past, young Coptic men gone missing have turned up murdered for no apparent reason. Usually a ransom is asked of the family upon kidnapping. 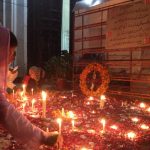 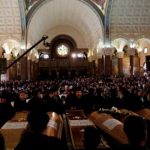