A Pakistani court has acquitted a suspected accomplice in two suicide bombings that targeted a church in Peshawar five years ago.

Two suicide bombers blew themselves up as worshippers were leaving the Sunday service at All Saints’ Memorial Church on 22 September 2013. The bombings killed more than 80 people and injured over 100 others.

“The prosecution has miserably failed to prove its case against the accused, Zahir Shah, beyond shadow of doubt,” declared Anti-Terrorism Court Judge Tariq Yousaf Zai, in his judgment on 18 September.

The police recovered two severed heads from the scene of the crime and registered a case [no. 728] at the Counter Terrorism Department against unidentified attackers but made no arrests for more than two years, until, at the end of 2015, they arrested Shah in connection with another crime.

The police had charged Shah under the Pakistan Explosive Substances Act of 1908, which provides for a punishment of at least seven years in prison for unlawfully making bombs or possessing them with the intent of endangering life or property. He was also charged under the Anti-Terrorism Act of 1997, which prescribes the death penalty for engaging in any terrorist activity.

The police stated in court that, during investigation, Shah had confessed in police custody that he knew the two suicide bombers – Ehsan Ullah and Abdul Wadood – and that he helped them. The police also told the court that four others – three of whom were identified only by their first names – were believed to have been involved in orchestrating the attack, alongside Shah, but that they remain at large.

Shah was interrogated by the police for 82 days under the now-abolished Pakistan Protection Act of 2014, which stood for only two years. The act allowed police to detain anyone for up to 90 days before presenting them in court.But the judge said the identity of the bombers had not been established beyond doubt and criticised the police’s handling of the case: Shah’s testimony was recorded by Senior Superintendent of Police Tariq Habib, who had been involved in commissioning an investigation team should therefore not have been permitted to record Shah’s statement. Also, the judge lamented that Shah had not been brought before a court, nor examined by a doctor, before his statement was recorded.

A renowned Pakistani lawyer condemned the police’s failure to find enough evidence to tie the man to the attack, and suggested they may have had the wrong man all along.

Asad Jamal, an expert on the international law of Convention against Torture (CAT), told World Watch Monitor the court was right to acquit Shah because the only piece of evidence produced against him was his alleged confession, the veracity of which his lawyer denied.

“The Anti-Terrorism Act allows the police to videotape a confessional statement but there was no such recording done which makes it doubtful,” Jamal said.

“A retracted confessional statement can only be used as a reliable corroboratory piece of evidence if there is other substantive evidence available. But in this case, the police failed to establish the identity of the suicide bombers. There is no clear link established between the two suicide bombers and Shah, even though he was in police detention for 82 days.

“First, the Counter Terrorism Department failed to diligently investigate the case. Then the prosecution should have assisted the court at the very initial stage that this case could not be successfully prosecuted. Even the court should have examined the case at the outset.”

Prosecution witness Shaukhat Ghulam, who was in the church when the suicide attacks took place and whose brother and two nephews were killed, told World Watch Monitor that he had told the court as much as he knew. “I submitted that two suicide attackers entered into the church compound and also started firing and one after the other exploded,” he said. 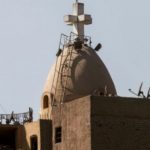 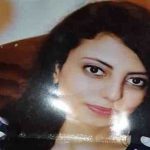 From Egypt: A list of recently reported assaults on Coptic ChristiansNews & Reports