Abdel-Fattah al-Sisi is creating a lot of enemies

Pity the future historian who tries to decipher the workings of Egyptian courts. On September 15th police unexpectedly arrested Gamal and Alaa Mubarak, the sons of Hosni Mubarak, Egypt’s deposed dictator. No one knows why they have been jailed again. Their stock-manipulation case has dragged on since 2012, and they have been free on bail for three years. Some call it a shakedown: the Mubaraks are among the few old-regime figures who have yet to trade wealth for freedom. Others fear a broader campaign against the rich. The news sent Egypt’s main stock index tumbling 3.6%, its biggest single-day loss since January last year.

It is hard to discern truth in Egypt these days. President Abdel-Fattah al-Sisi’s government is opaque, and there are few independent journalists to question it. Under a new law, even popular social-media accounts can be regulated as if they were newspapers, which are themselves horribly over-regulated. A pro-government television host has been off the air for weeks with no explanation. A rumour on WhatsApp claims that 22 military officers were quietly arrested this month. The facts of these stories are almost irrelevant. What matters is that the rumours circulate.

Mr Sisi ought to be comfortable. He won a second term in March with 92% of the vote. After years of stagnation, the economy is growing at 5.3% a year. A new capital city is rising in the eastern desert. Energy firms have discovered vast reservoirs of natural gas. Tourists are coming back. Security has improved, even in the restive Sinai peninsula. Though the constitution says Mr Sisi cannot serve another term, his allies in parliament want to remove the limit. They will probably succeed. “There will be a lot of noise, and then nothing,” says Anwar Sadat, a former MP.

Yet, for the average Egyptian, all this could be happening on another planet. Millions of them cheered when Mr Sisi seized power in a coup in 2013. All they have known since then is higher prices and unceasing repression. The latest jolt was a new electricity tariff in July, the third big increase in four years. In the hot summer months, prices jumped by up to 43%. Some Cairenes were hit with bills close to 1,000 pounds ($56), a quarter of the average salary. Weary bill collectors recount being chased out of tenement buildings by angry residents. Shops and restaurants come and go every few months, their owners unable to make a living. “There’s a feeling of despair I’ve never seen before,” says a seasoned foreigner visiting for the summer.

Most Egyptians keep their complaints private. In August a retired diplomat, Masoum Marzouk, called for a referendum on Mr Sisi’s rule. He was promptly arrested, as were several other dissidents. Police grabbed a geology professor, a critic of the government, at a relative’s funeral and hauled him off to jail. The remnants of the opposition held a rare press conference to demand their release. It did not help. Mr Marzouk and the rest are still in jail, their assets reportedly frozen. On September 8th an Egyptian court upheld 75 death sentences in a farcical mass trial of more than 700 mostly Islamist defendants.

No one envies Mr Sisi’s position. He inherited a mess and has made unpopular decisions to reverse decades of bad economic policy. You do not have to be popular to run an authoritarian state, but it helps to have the support of the elite. Business leaders are nervous. Some of Mr Sisi’s media allies are murmuring. Sami Anan, a former army chief arrested for mounting a brief presidential campaign, now languishes in hospital, his health failing. “For a general to be treated this way, it’s unthinkable,” says a Western diplomat. “[Sisi] has made a lot of enemies.” 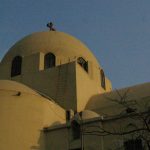 EIPR condemns the pressure exerted on ‘Dimshaw’ Copts to accept customary reconciliation And demands the trial of the attackers, compensating the victims and building a church in the villageSelected Opinion 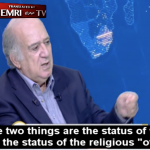 Egyptian Author Tarek Heggy: Our Society’s Problems Are Measured by How We Treat Women and Religious MinoritiesSelected Opinion