International Christian Concern (ICC) has documented a sharp escalation of attacks against Coptic Christians in Egypt within the last two weeks. During these incidents, the violence grew as a result of an absence or delayed presence of security forces. All of the affected churches were seeking official recognition, which sparked the wave of violence. Furthermore, in an attempt by authorities to avoid equally enforcing the law, the affected communities reported an increase in pressure to participate in reconciliation sessions with their attackers.

In Sultan village, three Muslims were arrested on August 24 after trying to burn the church. This is the fifth attack against the village’s Christians since July. The escalation began after Christians began praying in an adjacent church building constructed more than two years ago. A Muslim who participated in the mob attack told ICC, “What makes us angry is that when they were building the building where they are praying now, we asked the priest, ‘Is this a church?’ The priest said, ‘No… the owner is building for his kids.’ Now it is as if we have been foolish… we are writing a complaint and we don’t want this priest here in the village.”

It is believed that the situation in Sultan has contributed to the rise of violence against Christians elsewhere in Egypt. A statement issued by the Minya and Abu Qurqas Diocese said, “The extremism in the neighboring village of Sultan has been experienced for weeks because of the lack of deterrence. The infection has spread to this village… [There is] the possibility of spreading your grief to other villages because there is no punishment to the instigators and deterrence to the aggressors.”

The village of Demshaw Hashem experienced an attack on August 31 that left four Copts injured and has continued to escalate. The attackers were protesting the church, which was subsequently closed. Congregants were forced to hold funeral rites in the street on September 6 for an elderly member because of the church closure. On September 9, Christians refused to attend a reconciliation session on the grounds that they want the law applied to the situation.

“We are worried and hope that the new governor will solve our problem,” Mina, who lives in Demshaw village, told ICC. “We are oppressed and cannot express our opinion. The government is controlling the village. The attack has affected the eastern side rather than the western side because of the existing Christian minority, and is currently puzzled by the continuation of these problems for years.”

Isaac Ibrahim from the Egyptian Initiative for Personal Rights, told Watani, “What happened in Damshaw Hashim is not the only one of its kind, but a recurrent pattern in a number of provinces during the recent period in order to shut down existing churches and to make them unsuitable.”

Meanwhile, in the village of Esna, Christians are still struggling with the consequences of an August mob attack against the church. Five Christians were arrested despite being the victims of the attack. On September 6, the Christians’ jail sentences were extended for another 15 days.

Samuel, a graduate student living in Minya, shared with ICC, “We are living in a no-law state and survival of the fittest. The Christians have great naiveté, so the state treats them as slaves, that’s easy to make them waive their rights.”

Mohammed, an engineer from Minya who supports violent efforts to close down churches, told ICC, “We do not consider the churches as God’s house… it is a place where polytheists are performing prayer. They are not praying to one God and we would not permit to have such a building among our villages.”

Claire Evans, ICC’s Regional Manager, said, “As these attacks demonstrate, an absence of law and security only encourages Islamic hardliners to continue targeting Christians. Rather than working to protect the rights of Christians, the authorities are instead compounding the problem through neglect and a lack of diligence. This combination creates a false sense of legitimacy to the violence facing Christians. The authorities must take a firm stance that it values its citizens equally, regardless of religion.” 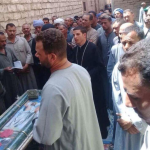 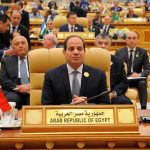