A Coptic community in Egypt’s Minya governorate, whose church was closed in July following protests by local Muslims, continues to be a target of mob attacks and hostility.

The only Coptic Church in Ezbet Sultan Pasha village, 250km south of Cairo, where about 20 per cent of the population is Christian, was first attacked on 13 July.

As World Watch Monitor reported, it followed a week of protests after a rumour spread that Copts had applied for the de-facto church’s legalisation, as required by the August 2016 Law for Building and Restoration of Churches.

On 24 August, after noon prayers, a mob of locals gathered again – the fourth time since July – in front of the church and started attacking it.

“The [crowd] pelted the church with stones and bricks resulting in breaking CCTV cameras on the church wall and gate,” Malak Fayez, a local Christian, told World Watch Monitor.

“They then moved to the old house we [currently] pray in and continued throwing stones at it as well as at some Coptic-owned houses next to it, damaging some of the facades. All the while they were shouting ‘Allahu akbar’ [Allah is the greatest] and chanting hostile slogans against the church and Copts, such as: ‘We don’t want any church in our village’, and ‘We don’t allow you, oh Kaffir, to pray in any place in our village’. Meanwhile Copts were trapped in their homes,’” he said.

When security forces arrived, they dispersed the crowd. Three demonstrators were arrested for damaging the cameras but were released the next day, according to Fayez.

A human-rights activist in Luxor (who spoke on condition of anonymity) told World Watch Monitor, after a similar incident near Luxor, some 450km away from Sultan Pasha, that opponents of the Christian presence are acting with impunity.

“The gathering of Muslims [causing a] shut down [of] churches in the process of legalisation is bullying – not only of the Copts but also of the state,” the activist said. “The non-implementation of the law [has] brought us a gang of hardliners who have become above the law”.

The police did not intervene during the attack in July but the Diocese of Minya, in a statement, said state officials “confirmed their total denunciation of what happened and promised to firmly deal with the instigators and take the necessary measures to prevent the recurrence of this abominable scenario.”

On 31 July, the security chief of Minya was changed – to Major General Magdy Amer.

However, since then, Copts have endured other forms of harassment from villagers. “Plants in fields owned by Copts are uprooted and irrigation pumps damaged. Our livestock sheds are burned and those who file complaints with the police have seen no action taken. No-one has been arrested or punished,” Fayez said.

The Copts have continued to gather in the small house where they worshipped before they moved to their new building down the street in September 2016.

Exactly two years ago, despite protests by Copts as well as rights groups, Egypt’s parliament passed a new law on the construction of Christian buildings of worship, granting church buildings the same rights as mosques.

More than 3500 pre-existing ‘churches’ were waiting to be legalised at the time: some had been waiting for more than 20 years. Discussions to redress the imbalance had fruitlessly been going on since the 1970s.

In February 2018, a Cabinet committee approved the legalisation of 53 churches and church-affiliated buildings in six parishes.

In April 2018, another batch of 166 churches were approved, reported Coptic news site Watani.

However, it now appears that because of the security situation in the village, the application of the church is halted for the time being, a local Christian told WWM.

“The new law requires the approval of the governor and security forces. The security (police) however won’t approve, saying that the security situation doesn’t allow for it, as the police had to close the church down,” the source said.

In January this year, Egypt’s Ministry of Housing announced that Christians are allowed to continue to meet in unlicensed churches, pending their legalisation.

“There is a state of anger among the Copts because of the police’s inaction, apathy and complicity towards those aggressors and instigators,” another resident, Emad Naim, told World Watch Monitor.

“As police didn’t arrest the demonstrators and released the three Muslims the next day, there is a state of terror and sadness among all of us because there is no deterrent action against those extremists.” 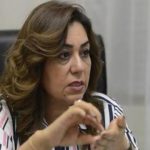 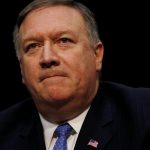