The US government (USG) recently hosted the first ever Ministerial to advance Religious Freedom in Washington, DC, July 24 – 26. The current administration made clear and forceful statements throughout the event that promoting religious freedom and standing with persecuted minorities and individuals worldwide will be a priority in US foreign policy. Coptic Solidarity applauds this renewed commitment to promote religious freedom and human rights during a time when at least 70 percent of the global population is reported to experience severe limitations on the freedom of religion or belief.

This unprecedented event was attended by 175 civil society representatives, 100 religious leaders, and government officials from 80 countries. USG speakers included Vice President Pence, Secretary Pompeo, Ambassador at Large for International Religious Freedom Sam Brownback, who hosted the event, among survivors of religious persecution and many other high- level officials. Coptic Solidarity was one of a few Coptic civil society organizations based outside Egypt that participated in the 3-day Ministerial and several of the side events hosted by civil society groups and governments.

Noticeably absent from the official speeches during the IRF Ministerial was mention of persecuted Copts and other religious minorities in Egypt. Consistency of message and implementation is the only way for the US to be taken seriously by foreign governments when promoting religious freedom. Coptic Solidarity urgently calls on the US government to advocate for the persecuted Copts and other religious minorities in Egypt in the same manner that they did during the Ministerial for the Rohingya victims of genocide in Myanmar, the oppressed North Korean people, Christians of Iraq and the suppressed religious minorities of Iran.

Secretary Pompeo and VP Pence announced that the event will be held annually, a much welcomed announcement that demonstrates the administration’s commitment and will help operationalize the momentum in combating religious persecution. Additionally, VP Pence announced several new programs including: Genocide Recovery and Persecution Response Program, The International Religious Freedom Fund, an International Visitor Leadership Program, and Boldline, a three-day workshop that will support innovative public-private partnerships that promote international religious freedom.

Concluding the Ministerial, the Potomac Declaration was published, which emphasizes “the importance of promoting religious freedom, a universal human right, as a means to ensuring greater peace and stability within and among nations.” Some countries joined the US in signing additional documents such as the Statement on Blasphemy/Apostasy Laws, and a Statement on Counterterrorism as a False Pretext for Religious Freedom Repression which are all positive developments. While signatory countries were not those that apply such abusive laws, it is important to state publicly how nations abuse freedom of conscience and belief of individuals. Notably, Egypt was not one of the signatories to these documents.

Lastly, the US government issued the Potomac Plan of Action a document, which delineates approaches for governments to take to protect freedom of religion for their citizens. Religious freedom rights overlap with many other rights such as freedom of speech and freedom of assembly. It is critical to support this freedom in all areas.

During the conference, as representative of various religious groups highlighted the various aspects of persecution they are enduring, it was eminently clear that religious persecution is widespread across the globe and represents a threat to international stability. As a leader of the free world, the US government has undertaken a tremendous responsibility advancing religious freedom and making it an integral part of its foreign policy. 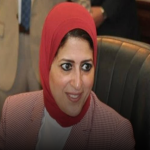 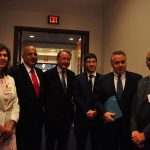