Speaking during a homily at Mass early in 2017, Pope Francis declared there were now more Christian martyrs — men, women and children who had died for their faith in Christ — than during the first centuries of the life of the Church.

The pope noted, however, that people would not hear much in the media about this worldwide assault on Christianity, this genocide in the Middle East. As Francis said, “It’s not newsworthy.”

This is, he said, a “humiliation” for Christians in the West. “Everything is easy for us,” he said.

A nationwide poll of Catholics in the United States published last week by the international charity Aid to the Church in Need (USA) found that only 40 percent of U.S. Catholics believe the persecution of Christians around the world is “severe.”

That statistic is bad enough. But far more “humiliating,” to use the pope’s language, is the fact that, on a list of priorities for the church ranked by importance, the Catholics questioned put the persecution of Christians as their “last” priority of the issues they were most concerned about — below poverty and global warming.

While we can argue about the verity or otherwise of the science of global warming, the central concern of Christians facing imminent beheading in Iraq, Syria or Nigeria is unlikely to be the status of their air conditioning units.

Speaking last October at the worldwide meeting on Christian persecution hosted by the government of Hungary in Budapest — a government that actually has a ministry for persecuted Christians — the European Union’s special envoy for the freedom of religion, Jan Figel, described “ignorance and indifference” toward the persecution of Christians as “allies of evil.”

That stark reality is certainly identifiable in those bleak statistics in the ACN report. So the question is: Is it really indifference? Or is the indifference mainly fueled by ignorance?

Two other statistics in the report give a partial answer to that question; they identify the means of challenging U.S. Catholics to adequately respond to the terrible plight of their fellow believers throughout the world. Only 27 percent believe their bishops are “very engaged” with this issue — and still less, 24 percent, see that engagement in their parishes.

Having visited Iraq on multiple occasions after the genocide — the last time to within nine miles of the fighting in Mosul — and having seen the suffering of Christians and met with other persecuted Christians from around the world, I asked my bishop, Christopher Coyne of Burlington, Vermont, if he would release me from parish ministry to devote my priesthood to aid and advocate for persecuted Christians, especially in the Middle East.

Despite the shortage of priests in Vermont, to his credit, Bishop Coyne was generous enough to prioritize this mission for a priest of his diocese — the only one in the United States — albeit without a salary!

Speaking in parishes and at events throughout the U.S. and in Europe, I have discovered that Catholics and other believers in Christ are far from indifferent. Yet they are remarkably ignorant, through no fault of their own, of the massive assault on Christians in the world. The poll suggests half of Catholics have not donated in the past year to charities and organizations that are actively helping the persecuted, and that is likely because they have had no opportunity to do so.

Addressing the report, George Marlin, chairman of ACN-USA, has said the issue of Christian persecution “has to become a priority” for the church in the United States and that Catholics need “more education and leadership,” precisely to combat those “allies of evil” — ignorance and indifference.

One of the difficulties in addressing that need for both education and leadership is the lack of knowledge and enthusiasm from those ordained to lead. Although there have been a few events with the notable leadership of a few bishops, as far as I am aware there has been only one night of prayer for the persecuted — presided over by a bishop celebrating in his own cathedral — in the entire USA. That occurred because of Archbishop Alexander Sample of Portland, Oregon, in May 2016.

More terrifying than ignorance (because there are remedies for that malady) is the worrying possibility that, indeed, many Catholics and other Christians might really be indifferent to the sufferings of their brothers and sisters in Christ.

Certainly Christians in the media have a grave responsibility to ensure that the continued worldwide and constant persecution of Christians is, to use the phrase

On many of my visits to Iraq, priests, nuns, and suffering families have asked me, “Why don’t Christians in the West care about us?”

One Iraqi bishop once told me that western Christians care more about endangered frogs than his people who are facing genocide. If we really do believe that the murder, rape, enslavement and torture of our fellow Christians is the “last” priority for the church in the United States — below global warming — then we risk being condemned for what one underground priest in the days of the Soviet persecution called our “lukewarm idleness.”

Fr. Benedict Kiely is a Catholic priest and founder of Nasarean.org, which is helping the persecuted Christians of the Middle East.

_____________________
Photo Credit: (PHOTO: REUTERS/MOHAMED AZAKIR)Assyrians hold banners as they march in solidarity with the Assyrians abducted by Islamic State fighters in Syria earlier this week, in Beirut, Labanon, February 28, 2015. Militants in northeast Syria are now estimated to have abducted at least 220 Assyrian Christians this week, a group monitoring the war reported. 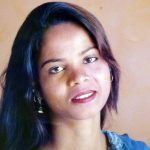 Pakistan’s blasphemy laws persecute the weakest of the weakSelected Opinion 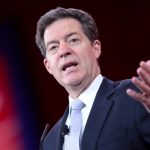