“We know that other attacks are likely to happen at any time.”

The wounds have not yet healed in Egypt, as suicide bombings and shootings continue in its cities and streets. In recent months, Christians have been prime targets for terrorists. In Palmares, in the cities of Tanta and Alexandria, Islamists ended the lives of dozens of innocent people by blowing up churches filled with worshipers. Pope Francis expressed his “deep condolences” to the Coptic Church.

On December 29, 2017, an attack on the church of Mar Mina in Cairo caused the death of more than 10 people. For the Egyptian Copts, it was the final attack of a bloody year.

Maryam is a mother, widowed on December 11, 2016. Her husband died in an attack on a church, along with more than 20 victims, mostly women and children. He died a martyr, because it was his faith that made him a target. But he also departed as a hero: he had tried to prevent the terrorists from entering the building, and according to the witnesses, his efforts helped mitigate the massacre.

Maryam’s three sons lost their father, but today they can count on their mother’s courage. She has a moral and spiritual strength that allows her to move forward in spite of grief. The reason? “We are Copts and we are ready for anything,” she answers peacefully. “We know that other attacks are likely to happen at any time. But for us, death means nothing more than going to Heaven; death is the gateway to heaven. Our martyrs tell us that to die for Christ is a passage to Heaven, and they intercede for us.”

Despite the climate of violence, the Egyptian Copts are demonstrating an exemplary faith in God. Terrorists decimate their ranks, bereave their families, and create widows and orphans. But, without realizing it, they are attacking a people who are aware that martyrdom has a deep meaning. 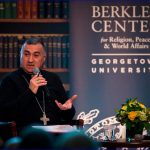 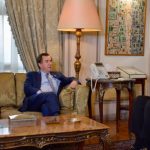