Coptic Solidarity applauds the confirmation on Wednesday of Governor Sam Brownback (R-KS) as the Ambassador-at-Large for International Religious Freedom (IRF). Multiple reports have demonstrated that religious freedom is declining worldwide, and persecution of Christians continues to rise. Brownback’s confirmation will be critical to furthering a coherent US policy that is guided by IRF issues.

Coptic Solidarity President, Dr. George Gurguis, stated, “Coptic Solidarity applauds filling this critical position with a highly qualified candidate who has an excellent, long track-record of supporting religious freedom for individuals worldwide. We look forward to working with Ambassador Brownback and his team in the Office of IRF at the Department of State to advance religious freedom and equality for Copts in Egypt.”

President Trump and Vice-President Pence have indicated their strong support for international religious freedom. This crucial position has remained vacant for the entirety of President Trump’s term in office. Governor Brownback was first nominated for the position in July 2017, but his confirmation was held off by the US Senate. Now that he has been confirmed, there is much work to be done to promote religious freedom and freedom of conscience worldwide, both of which are prerequisites to democracy and security.

Gurguis states, “My hope is that Ambassador Brownback will translate statements by our current US Administration concerning the conditions of Christians in the Middle East into action and that advance IRF as a priority issue in US foreign policy.” 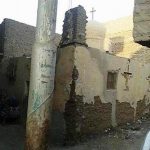 Forget the Terrorists, What about Your Government, Mr. Sisi?CS Releases & Articles