The Copt Adly Younan Riad, 48, was killed on the evening of Tuesday 9 January 2018 in front of the villa where he lives on the outskirts of the town of Biba, in Beni Sweif,  some 120 kilometres south of Cairo. Eyewitnesses say three masked men were lying in wait in a car on the side of the road near the villa. Once he approached in his car, they fired at him; he breathed his last before making it to hospital. Eyewitnesses say the three masked men robbed the victim of gold jewellery he was carrying, then fled the scene.

A funeral was held the following day for Riad, with Anba Estephanos, Bishop of Biba and al-Fashn, presiding over the service. A large congregation attended, in tears and shock.

The police are investigating the crime.

The crime strongly brings to mind similar crimes that were common against Copts during the heyday of Islamist terrorism in Egypt in the 1980s and 90s, when terrorists killed wealthy Copts for money to fund terrorist operations.

Last October, a terror attack was waged by Islamist Jihadis in the North Sinai town of al-Arish, in which three policemen and three civilians were killed, and 17 were injured. 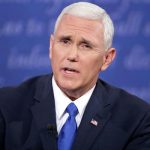 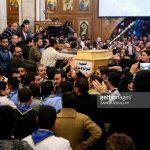