Coptic Christians have called on security forces to increase anti-discrimination efforts after a number of attacks have led to the closing of Coptic churches in Minya. Bishop Anba Makarios criticized [Ar] what he referred to as a “disappointing reaction” to the assaults in a Facebook post on October 28, claiming that Egyptian security forces ordered the closing of three churches and stationed a large number of personnel outside a fourth following an attack on both the building and the churchgoers in October. He further expressed, “We have kept quiet for two weeks after the closure of one of the churches, but due to our silence the situation has worsened … it is as if prayer is a crime the Copts must be punished for.” On October 30, the local government responded [Ar] by asserting that only two churches had closed and that safeguarding Coptic places of worship was a top priority. Ishaq Ibrahim, a religious freedoms researcher at the Egyptian Initiative for Personal Rights, has stated that the closings are not in line with the 2016 Church Building Law. The law states that churches that have applied for licensing may not be closed until the review has been finalized.

Mahmoud Farouk is a program associate at the Project on Middle East Democracy (POMED). He is a lawyer, the founder and former executive director of the Egyptian Center for Public Policy Studies (ECPPS), and a recipient of the Civil Society Leadership Award. He is on Twitter as @MahmoudFarouk06. For more information or to reach Farouk, please contact POMED Communications Coordinator April Brady at april.brady@pomed.org. 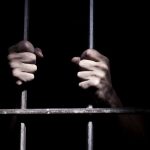 Egyptian Lawyer Nabih Wahsh: It Is A National Duty To Rape Girls Who Wear Revealing Clothes, ‘We Are Against Homosexuals And Whores!’News & Reports