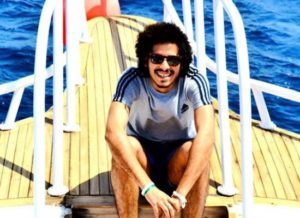 Andrew Nasif, shown here in an undated photo circulating on Twitter, was arrested from his home in a May 2017 raid.

In a new POMED Snapshot, “The Wrong Target: Egypt Imprisons Nonviolent Coptic Christian For Terrorism,” Mahmoud Farouk writes about the case of Andrew Nasif, an Egyptian university student and leftist opposition party member who is the first Coptic Christian convicted under the country’s draconian anti-terrorism law.

On October 15, the court ruled that Andrew promoted terrorist acts through Facebook posts, flyers, and petitions calling for political and economic rights and sentenced him to five years in prison. Andrew’s lawyer describes the case as “truly frivolous” and “literally completely empty” of any evidence that he was involved in calling for violence. This and other such convictions show how the regime of Abdel Fattah al-Sisi defines “terrorism” so broadly as to encompass legitimate nonviolent political activity including writing, speaking, or protesting.

“This case is only the latest example of how the Egyptian authorities punish peaceful dissent as ‘terrorism,’ while the problem of actual violent militancy in Egypt grows worse,” Farouk writes.

Mahmoud Farouk is a program associate at the Project on Middle East Democracy (POMED). He is a lawyer, the founder and former executive director of the Egyptian Center for Public Policy Studies (ECPPS), and a recipient of the Civil Society Leadership Award. He is on Twitter as @MahmoudFarouk06. For more information or to reach Farouk, please contact POMED Communications Coordinator April Brady at april.brady@pomed.org. 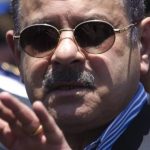 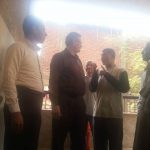