Anba Macarius, Coptic Orthodox Bishop of Minya, has issued a statement that tackled the recent closure of churches in Minya villages at the hands of the police.

The statement opened with Anba Macarius admitting that the Church had kept silent when a church was closed down in a Minya village two weeks ago, hoping that authorities will undertake the responsibility they have been shouldered with by the State [to implement the law], but another church was closed, then a third, and now a fourth is on the way to closure by the police.

Anba Macarius went on to declare that, during the last two weeks, Copts have been attacked, and their homes and property damaged, yet there has been no retribution. Instead, under the pretext of ‘peaceful co-existence’, the Copts alone—never their attackers—are made to sacrifice their rights. “When Copts are attacked, the response of the officials concerned is invariably disillusioning: churches are closed and Copts are pressured’ into accepting the injustice.

The statement listed the details of closing down churches during the last two weeks. It cited the case of the church of the Holy Virgin in the village of Sheikh Alaa’; the church of Anba Moussa in al-Qesheri; the church of Abu-Seifein in al-Karm; and the church of Mar-Girgis in Ezbet Zakariya, which is still surrounded by the police.

Four churches closed down by the police
Another Minya church closed by police, fearing unrest

The statement went on to say that, even after official confirmation by President Abdel-Fattah al-Sisi that Copts are Egyptian citizens with the same rights and duties as Muslims, and after the law for building churches was passed in 2016, there are fears that extremists would still have the upper hand and that State officials would in to them.

The statement ended with: “Despite the bitterness that fills Copts on account of the recurrence of incidents such as the above, we cite our confidence that Minya Governor and Minya security officials and apparatuses concerned would during the coming days work to lift the agony of Copts.”

Anba Macarius of Minya: Is prayer a crime? 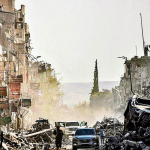 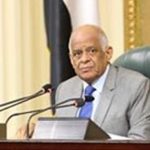