Coptic Christian families from North Sinai in Egypt, who have been displaced following numerous attacks by the Islamic State terror group and other radicals, say they are “suffering” due to government neglect.

A number of the families, who fled North Sinai and sought refuge in Port Said, released a statement posted by Egypt Independent on Monday:

“We are the families displaced from al-Arish to Port Said in February. We are living inside small rooms inside the youth camps and the aid building. We are suffering and none of the officials or the Port Said governor will listen to us,” the statement read, noting that at the time government officials had promised them support.

“As time passed, 28 families remained in the camps and aid buildings. Three months passed without any attention from the government or officials in Port Said. The governor then declared that there was a lack of residential houses to transfer the families to, in addition to a lack to jobs, which forced the martyr Nabil Saber to return to Arish, where he was killed — a message to every Copt thinking about returning.”

Saber had fled El-Arish in late February alongside his wife and two children, International Christian Concern said earlier in May, but returned to Sinai after he was unable to find work. The Christian opened his barbershop for business, but on May 6 four masked gunmen, suspected to be IS fighters, broke into his shop and shot him dead.

Saber is one of eight other Christians who have been killed in a series of separate attacks this year at the hands of suspected IS radicals, though the terror group has claimed responsibility for larger slaughters as well, such as the two Palm Sunday bombings at churches in Alexandria and Tanta, where 45 Christians were killed.

IS has specifically said that it aims to continue killing Christians, and despite promises of safety by Egyptian President Abdel Fattah al-Sisi, Copts remain in great danger and live under poor conditions.

“Where are the promises and the concern directed to us at the beginning of the crisis? Where is the confirmation on caring for the families? Are we going to remain in these small rooms in the youth camps? Will we continue to be neglected unless the media highlights the crisis?” the Coptic families asked in the latest statement.

“We are only receiving support from the church, which plays the role of the state toward Egyptian citizens,” they added.

They warned that they could eventually be forced to travel to Cairo and seek a meeting with al-Sisi, hoping to remind him of his promises to help the displaced Christians.

Mokhtar Awad, a research fellow in the program on extremism at George Washington University, warned in a report for Reuters earlier this month that by going after Egypt’s minority Christian population, IS is looking to tear “at the fabric of society.”

“A confluence of factors has seen this escalation happen now,” Awad said at the time. “They hope that this is the first step to basically unravel the country.”

Father Rafic Greiche, spokesman for the Egyptian bishops, warned that protecting Egyptian citizens is getting harder.

“Criminal acts are designed in the heads of terrorists first. You cannot say that Christians are safe or anybody is safe from any terrorist attack. We pray and we ask for our Savior to help us and not to experience more than what we already have,” Greiche said. 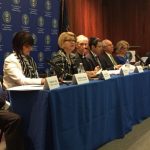 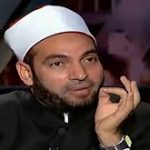