Last week, the U.S. State Department released its 2016 Country Reports on Human Rights Practices. In its report on Egypt, the State Department argued that some of the most significant human rights concerns in the country pertain to “excessive use of force by security forces, deficiencies in due process, and the suppression of civil liberties.” Specifically, the Egyptian government suppresses civil liberties by restricting “freedoms of expression and the media … [as well as] freedoms of assembly and association in statute and practice.”

The report explicitly mentions the 2013 Demonstrations Law as an example of the government’s crackdown on freedom of assembly and explained that “domestic and international human rights organizations” have expressed their opposition to the law. It also details the government’s ongoing NGO crackdown, saying that while “the constitution and the 2013 constitutional declaration provide for freedom of association […] The law governing associations […] significantly restricts this right.”

In response, Egypt’s Foreign Ministry issued a statement [Ar] over the weekend explaining that “the report is an American procedure stemming from internal concerns and [one that] reflects the U.S. point of view.” The statement went on to assert that “human rights conditions in Egypt are upheld through clear constitutional obligations and are being monitored by national Egyptian organizations, both governmental and independent, as well as the House of Representatives.” 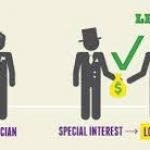 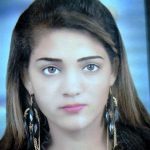