Christians around the world are taking time this week to remember the 21 Coptic Christians who were beheaded by Islamic State militants one year ago in a threatening video to the “nation of the cross.”
“One profound result and gift of this horrific act is that it brought people together,” said Bishop Amba Angaelos, General Bishop of the Coptic Orthodox Church, in a service of commemoration last week in the Chapel of St. Mary Undercroft in the Palace of Westminster, London.
“These men paid the ultimate price, but gave us a cause to advocate for all those persecuted; they also showed us that there was a level of evil that we must all stand in solidarity against, and a level of courage, faithfulness and defiance that we must all aspire to,” Angelos added.

The Copts were kidnapped in separate incidents in Libya throughout December 2014 and January 2015, before IS released a video showing their mass beheading on Feb. 15, 2015. 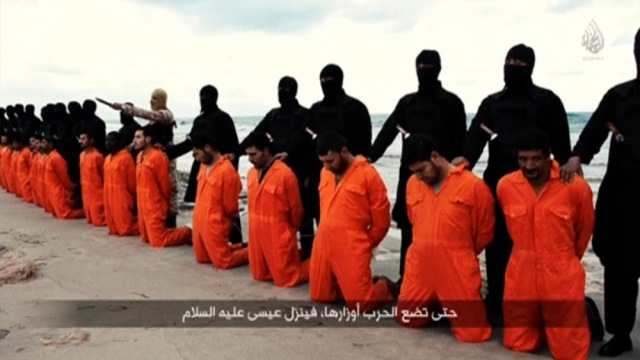 (Photo: Reuters/Social Media via Reuters TV)Men in orange jumpsuits purported to be Egyptian Christians held captive by the Islamic State kneel in front of armed men along a beach said to be near Tripoli, in this still image from an undated video made available on social media on February 15, 2015.

The video, titled “A Message Signed With Blood to the Nation of the Cross,” showed a number of IS militants standings behind the Christians in orange jumpsuits, getting ready to carry out their executions.

Christians and other minorities have suffered greatly at the hands of IS across Iraq and Syria, but also in other territories, like Libya, where the terror group has been spreading. A year later, IS remains in control of several major cities and continues its severe persecution of minorities despite efforts by world leaders to contain them.

Fides News Agency reported that bishops and priests of Coptic Orthodox Church have been marking in liturgy the deaths of the 21 Copts, who are being remembered as the “martyrs of Libya,” because they were killed specifically for their Christian faith.

Coptic Orthodox Patriarch Tawadros II officially registered the 21 Copts in the Synaxarium, the book of the martyrs of the Coptic Church, and established their memory to be celebrated on Feb. 15.

A number of church leaders have shared their thoughts on the beheaded Christians, with the Lord Alton of Liverpool stating after the Westminster service:

“It is especially important that we mark the anniversary of the brutal murder of the 21 Coptic Christians in Libya a year ago, not only to keep them in our memory, but to remember and advocate for all those who continue to face persecution in the Middle East. What is happening to Christians and minorities in the region is nothing short of Genocide and we must not stand by and watch as whole communities are eradicated.”

The Rev. Rose Hudson-Wilkin added that Christians must let the world know that the 21 Coptic are not going to be forgotten.

“We remember them, we remember what happened to them, and we will forgive because we belong to God. I also hope that it is sending a message that we stand together,” he said, according to Independent Catholic News. 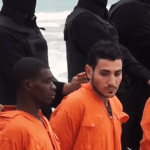 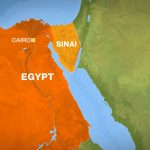