The Muslim murderer of a Coptic Christian man in Egypt said he was moved to the act, not because he personally knew the Christian, but because he was inflamed with zeal, especially after reading the Koran, and because he is “loyal to Allah.”

In late April—only a few days after a Muslim man slaughtered a Coptic Christian priest—three masked men pulled up in their vehicle near the workshop of Rani Ra’fat, a 28-year-old engineer, in the town of al-Daba in Egypt’s north-western coastal Marsa Matrouh area (near Libyan borders).  Once the Copt appeared, a hail of fire was opened on him; he died on the spot; 22 bullets were found in his body.  The murderers then fled the scene.

On May 13, a man claiming to be the murderer, made a brief video, in which he beams a smile and congratulates himself for his action. He identified himself as Faisal Abdul Nasser, said that he did not know his victim, but that he had heard that the Christian man, a “polytheist,” was “involved” with a Muslim woman, which is forbidden in Islam.

I am the one who killed that Christian of al-Daba, and—by Allah, by Allah, by Allah—I am delighted that I killed him!  I killed him on behalf of Muhammad’s umma [i.e., the Muslim world], because he is a polytheist who associates another [Christ] with Allah, and his own Bible confirms this….  No Christian polytheist, who doesn’t believe in our lord, Muhammad, can just come and “profane” our women!  He is a polytheist and my heart was inflamed.  I had read the Koran and my heart was inflamed with fire, so I killed him.  He is not permitted to touch someone [a woman] who believes in Muhammad the messenger of Allah…  I neither knew him [personally] nor the women he was reportedly involved with.  However, when I read the Koran, my heart was set afire.  I am zealous over and sacrifice for Islam.  I have no problem surrendering myself [to the police].  This is a state issue: It is not permissible for a Christian who associates others with Allah to be involved with a Muslim woman…No one incited me to do this, only my heart—because I am loyal to Allah.

While Islam permits Muslim men to marry non-Muslim women, the reverse—a non-Muslim man marrying a Muslim woman—is forbidden.  Because Islamic culture is ultra-patriarchal, the logic behind this dichotomy holds that, since the man has authority over the woman, it matters little if the woman is not a Muslim; after all, their relationship only confirms that “infidels” are subservient to Muslims.  On the other hand, if the man is not a Muslim, but the woman is, then that marriage would lead to an “infidel” having authority over a Muslim—which is totally unacceptable.

Unfortunately, the legacies, the hatred, the extremist thoughts, and the unenlightened mentality is not limited to the town of al-Daba alone, but has spread and penetrated all around us, including in some governmental departments and security agencies.  This was evident when the Muslim Brotherhood and terrorists governed [Egypt under former president Muhammad Morsi].  Then, we saw even police grow their beards and call for the implementation of hudud [draconian sharia] laws.  After President al-Sisi came, some of them disappeared, while others shaved their beards.  But the thinking remains as rotten as ever; and so we suffer, and will continue to suffer.”

It’s noteworthy that two days after that public confession, the murderer has yet to be apprehended by the police who have been “investigating” the case for over three weeks.. 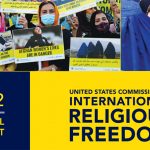 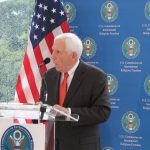