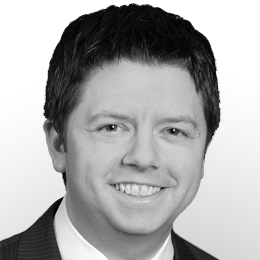 Six years ago today, tens of thousands of Egyptians descended on downtown Cairo’s Tahrir Square demanding “bread, freedom, and social justice.” Only 18 days later, the protests ended President Hosni Mubarak’s three-decade reign. Any ensuing optimism about the Arab Spring was short-lived, however, and by virtually every standard, the problems that generated the uprising are even greater today. The current Egyptian government’s repression of its opponents is broader and more brutal, youth unemployment is higher, the economy is in dismal shape, and there is a growing sense that the country is adrift. Yet despite this mounting frustration, President Abdel Fattah al-Sisi is “very confident,” one senior official told me. “He has a good relationship with people and knows that the people trust him,” the official told me.

Sisi is confident because of the relative quiet that followed the Central Bank’s decision in early November to float Egypt’s currency, which cut the value of the Egyptian pound in half and catalyzed steep price increases. Some Egyptian officials warned against this move, fearing that it could spark mass protests akin to the two-day January 1977 “Bread Riots,” which shook President Anwar Sadat’s regime after he cut food subsidies. But Sisi had little choice. By autumn of 2016, falling cash reserves led to major commodity shortages, and the government felt that it had no choice but to act. “It was either business as usual and focus on [Sisi’s] popularity,” said the official, “or look at the future and put the country on the right track while dealing with the consequences.”`

Although the “Sisi-mania” that followed Morsi’s ouster is a distant memory, Sisi remains the most popular political figure in Egypt.
To be sure, the currency devaluation, which was immediately followed by another round of energy subsidy cuts and the signing of a $12 billion IMF loan ($2.75 billion of which Egypt received immediately), improved Egypt’s macroeconomic outlook. The black market for currency quickly dried up, and inflows of currency to the central bank immediately spiked. Foreign cash reserves increased from $19 billion at the end of October to over $24 billion two months later, and the Egyptian Exchange price index has surged by nearly 50 percent. As a result, some in the business community are cautiously optimistic that significant foreign direct investment will follow. “We’ve had many investment inquiries because of the devaluation,” one businessman told me, adding that the devaluation of the pound made it easier for him and his colleagues to plan their expenses for the coming year. Still, many barriers to sustainable growth remain, including the substantial red tape that makes it difficult for foreign investors to enter the market and ongoing security concerns that have depressed tourism. “Short of really opening up foreign direct investment and tourism, it will be very challenging,” another senior official told me. “But we’ll be able to see in six months how it goes.”

For most Egyptians, however, the short-term impact of the currency devaluation has been painful. Prices on basic commodities have risen substantially, in part because Egypt relies heavily on imported food. According to the Egyptian daily Al-Masry al-Youm, the prices of live poultry and sugar have risen by half, and the price of olive oil has nearly doubled. In Alexandria and Fayoum, which I visited on a December trip, shopkeepers consistently cited sales losses of 40 percent or more, and even in the most high-traffic areas, there were very few customers in the stores. “People are suffering more than they can bear,” an activist in Fayoum told me.
Yet for the time being, Egyptians are bearing it—not happily, not easily, but certainly with greater patience than many would have expected in a country that was experiencing regular mass mobilizations only a few years ago. To some extent, Egypt’s relative (and perhaps temporary) calm reflects the two most salient features of Egyptian politics since July 3, 2013, when Sisi, who was then Egypt’s defense minister, responded to mass protests by removing the country’s first elected president, Muslim Brotherhood leader Mohamed Morsi.

First, there is still strong antipathy toward the Brotherhood, whose tendency to use protests for its own parochial interests deters others from organizing or joining demonstrations. Activists noted, for example, that calls for a “Revolution of the Poor” on November 11 fizzled as soon as the Brotherhood declared its support for it. Although the Brotherhood has faced a significant crackdown since Morsi’s overthrow and is barely visible on the ground, it remains a deeply polarizing force within Egypt on account of Morsi’s failed and divisive yearlong presidency. “The Muslim Brotherhood is still poisonous,” an activist told me. “Whenever it looks like people might mobilize, Brotherhood statements kill it.”

Second, although the “Sisi-mania” that followed Morsi’s ouster is a distant memory, Sisi remains the most popular political figure in Egypt. “Sisi’s popularity declined from 90 to 60 percent,” one prominent former supporter told me. “Big deal. He still has the majority behind him.” Even if these numbers are inflated (and it’s impossible to know, because the Interior Ministry has warned people against answering polls from foreign media organizations) there is simply no other political figure in Egypt who looms so large. There is also no perceptible daylight between Sisi and the military, which has expanded its economic power considerably during Sisi’s presidency. (On Sunday, for example, the military announced that it was entering yet another industry when it received its license to establish a pharmaceutical company.) As a result, many believe that the military would strongly support Sisi in a crisis. “It’s still the military versus the Muslim Brotherhood,” one businessman told me. “There’s no third option.”

Of course, the absence of a third option is by design: the government is working assiduously, and often brutally, to prevent renewed political upheaval. Social media is tightly monitored, and those who write negatively about Sisi risk being called in for questioning. Many also believe that the government has tapped their smartphones to record their personal conversations, so my interviewees typically placed their cell phones in boxes or bags to muffle the microphone. In one instance, an interviewee deployed a white noise machine. And the authorities move very quickly to arrest anyone who appears to be planning protests. “The repression is so total that it reminds me of the Nasser era,” a former parliamentarian told me. “Under the Muslim Brotherhood I was scared of fundamentalism and changing the character of this country. But we had more freedom then. Now, it’s, ‘Shut the fuck up so you can live and continue.’ Now you’re back to whispering in rooms.” As a result, most of the legal political parties toe the government’s line, rendering them virtually indistinguishable from one another. Meanwhile, security agencies are working to expand the pro-Sisi “For the Sake of Egypt” organization, so that it can mobilize on Sisi’s behalf in the 2018 presidential elections.

Egyptian security services are also trying to muzzle criticism by expanding their control of the media. Industry insiders claim that intelligence services provided the cash that was used to buy multiple private TV news networks, as well as interests in public relations companies that buy television advertising. Moreover, multiple media sources said that the security services often determine what can and cannot be covered, and by whom. This perhaps explains why the last vocal critic of Sisi on air, journalist Ibrahim Eissa, suspended his show earlier this month due to unspecified “pressures.” And it likely explains last week’s strange spectacle of longtime news commentator Amr Adib dedicating nearly half of his show to promoting the Helwan 360 refrigerator, which is produced by a military company, as if he were an infomercial pitchman.

But far from reassuring the public, the constrained news coverage has only generated greater concern, including among those who once supported Sisi quite fervently. “You don’t know who is running the show,” one businessman told me, noting that the draft laws on nongovernmental organizations and investments appeared to have been penned by the intelligence services without the relevant ministers’ prior knowledge, since these draft laws entailed far greater security oversight than the ministers initially sought. “There is a disconnect among the authorities.”

At times, this disconnect spills out into the open. Earlier this month, Egypt’s High Administrative Court ruled against Sisi’s proposed transfer of two Red Sea islands, Sanafir and Tiran, to Saudi Arabia, dismissing the government’s claim that Egypt was administering the islands on Saudi Arabia’s behalf. The entire affair cost Sisi domestically: the country has labeled Sanafir and Tiran as Egyptian territory in its textbooks for many decades, and many Egyptians therefore believed that Sisi was selling their land for Saudi aid. The episode also cost Sisi abroad: In November, Riyadh announced that it would withhold the oil aid that it promised during King Salman’s visit to Cairo in April, and Egyptian officials told me that they didn’t expect the aid to be restored.

Indeed, six years after Egypt’s Tahrir Square uprising and the “Arab Spring” dreams it inspired, the country is stuck. Few believe that the economic pain will subside anytime soon, and there is no way forward politically. “At times you ask, ‘Then who?’” one former supporter told me. “Who is the alternative? But there is none. And all the policies are implemented to ensure that there will be none. So you either live with it or let go.” So Egyptians are living with it, as they often have, because there appears to be no other choice. 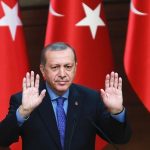 In Middle East, Leaders Want Donald Trump to Be Their FriendSelected Opinion 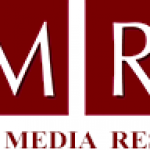 Egyptian Intellectual Dr. Khale Montaser: Islamic Extremism Does Not Stem From Poverty Or Ignorance; Our Interpretation Of Our Religion Is In Conflict With ModernitySelected Opinion