It was a public holiday marking Prophet Mohamed’s birth. And it was a Sunday. Magdi Ramzi, 59, took his wife, daughter and son, their spouses and his grandchildren to mass at the Saint Peter and Saint Paul Coptic Church in Abassiya, east Cairo.

There was no security outside the early 20th century church tucked in the corner of the grounds of St Mark’s Cathedral, seat of the Coptic Orthodox pope. Dozens of Coptic families thronged the chapel, as they always do, for Sunday mass.

Inside the chapel the two rows of wooden pews on the right which are reserved for women were almost full. Ramzi and his son took their seats in the men’s section on the left. Exhausted by his dialyses treatment, Ramzi was looking forward to a family lunch following the service.

A little before 10am a “terrifying sound” knocked him off his seat. He couldn’t see anything because of the thick clouds of dust. The dust covered his face and body. He heard his son, still next to him, shouting above the screams that he was going to search for his wife and kids.

“I realised from the shrieks, the many people running around me and those crying out in pain, that it was an explosion,” he said. “I thought I was going to die, that it was the end of the world.”

Twenty-four Coptic worshipers, the majority of them women, were killed. Of the 49 injured many remain in a critical condition. It was the deadliest attack on Egypt’s Copts — who make up 10 per cent of the population — in years, and the first on the premises of the Cathedral.

This wasn’t the usual attack on police or military targets, the latest of which occurred two days earlier in Giza where six policemen were killed. Nor was it like the attacks in North Sinai where a media black-out serves only to amplify the geographic and emotional distance of such violence from those who live in mainland Egypt.

This attack was closer — far too close — to home. It happened in the heart of Cairo, inside a packed chapel. A bomb was placed in an enclosed space where dozens of women — mothers, daughters, sisters, wives — were praying. The intention was to blow them to pieces.

Hours later when the press was allowed entry into the chapel, it still smelled of blood.

On Tuesday evening, the Islamic State group claimed responsbility for the attack in a statement circulated on social media. The group identified the culprit by the nom de guerre of Abu Abdallah El-Masri, vowing to continue attacks against “apostates” in Egypt and elsewhere.

A day earlier, during Monday’s funeral procession for the victims, President Abdel-Fattah Al-Sisi revealed the name of the suspected bomber: Mahmoud Shafik Mohamed Mustafa, 22 years old. He was wearing a suicide vest. Four people, including a woman, were also detained in connection to the attack and police were searching for two more, he said.

The Ministry of Interior said Mustafa was a member of a Muslim Brotherhood terrorist cell managed by an Egyptian fugitive “doctor” in Qatar identified as Mohab Mustafa Al-Sayed Kassem.

According to the Ministry of Interior’s statement, the cell which recruited the suicide bomber was told by their Brotherhood leader, the doctor, to make contact with Ansar Beit Al-Maqdis (ABM) which pledge allegiance to IS in North Sinai. It was ABM, said the statement, which trained members of the cell in the use of explosives.

The interior ministry’s statement offered a plethora of details in support of an official narrative positing a Brotherhood and a Qatari connection and placing the bombing within the pattern of the Islamist insurgency ongoing since Mohamed Morsi was removed from power in 2013. Yet of all the details, it is the story of the suicide bomber that is receiving the most attention.

It contrasts with a more credible version, repeated as rumour or out of conviction and shared by many at the scene of the atrocity, including survivors of the bombing, that the culprit was a woman who placed the bag of explosives among the pews of the chapel’s women’s section.

None of the eyewitnesses and survivors who spoke to Al-Ahram Weekly said they saw the culprit. Many of them believe, though, that only a woman could have passed unnoticed in the crowd.

In a side street leading to Al-Demerdash Hospital Ramzi, who had taken his entire family to the morning Sunday mass, was sitting on the sidewalk leaning on a parked pick-up truck. His daughter in law put her arm on his shoulder as he wept, his face swollen and red. “She’s probably dead, she must be dead. Oh God! We were just praying!” he cried.

Two of his grandchildren, aged three and one, sat next to him and watched in silence. The one-year-old’s white sweater and jacket were stained with blood. It was their mother’s. She was injured but alive, receiving treatment in the hospital.

Ramzi said no one searched them or requested to see their IDs as they entered the church. “There’s never any security because this is a small church. It’s not the Cathedral.”

And then he excused himself. “I can’t talk right now. I’m hurting inside.”

Inside Al-Demerdash Hospital shocked-looking doctors and hospital staff stood in the narrow corridors which were filled with people. Amid the chaos sounds of anguish could be heard, punctuated by the cries of someone who had just received news of the death of a loved one.

Earlier, Al-Thawra Brigades and Hasm, two terror groups linked to former Brotherhood members which target the police and military, had issued statements disassociating themselves from the attack. The Muslim Brotherhood issued a statement condemning the bombing.

Even before any official announcements had been made experts on jihadist groups were saying the bombing carried all the hallmarks of IS-affiliated groups operating in mainland Egypt. Establishing a connection with Wilayet Sinai, the jihadist group in North Sinai, though, is unlikely to be straightforward.

Mokhtar Awad, research fellow at The Program on Extremism at George Washington University, says that while IS Egypt’s mainland operation is in contact with and cooperates closely with Wilayet Sinai the operational planning for their attacks seldom originates in Sinai.

“There has always been a separate chain of command, at least in the division of labour, between the mainland and the Sinai operation,” he told the Weekly.

IS mainland has claimed responsibility for a number of terrorist attacks since 2013, including the attempted assassination of former interior minister Mohamed Ibrahim in east Cairo and the bombings of the Security Directorate in Shubra Al-Kheima and the Italian Consulate in downtown Cairo.

“This time there is a more ominous dimension. Egyptian civilians are now a legitimate target. This is a turning point,” says Awad.

On Sunday hundreds of people poured into the street outside the cordoned-off Cathedral. They were angry. By the afternoon the small protest had picked up steam and an increasingly anti-government tenor. Chants borrowed from the 2011 uprising were raised — “Either we avenge them or die like them” — or else modified for the occasion, “Raise your head high, you’re a Copt.” The “people demand the downfall of the regime” was also chanted, though not for long.

The anger persisted. When four celebrity TV hosts perceived as pro-regime tried to walk through the crowd into the church they were quickly turned away, in one case far from gently.

“The anger shouldn’t come as a surprise,” says Ishak Ibrahim, a researcher on religious freedoms and faith at the Egyptian Initiative for Personal Rights (EIPR). EIPR documented 45 incidents of sectarian violence against Copts between 2011 and 2014. In 2016 alone there have been 21 cases, according to Ishak.

“There is an accumulation of anger, of the feeling that state institutions have nothing to offer in terms of equal citizenship rights,” he says.

Sentiments are also running high in other directions, with calls to amend the constitution to allow for the automatic referral of civilians implicated in terror attacks to military tribunals.

Mohamed Abu Hamid, in whose constituency the Cathedral lies, says such measures will “deter” jihadists.

Terrorists “are being protected by the constitution, we haven’t seen any executions and that must change,” he told the Weekly.

Civil rights activists fear such measures will backfire. They warn that further mass arrests will lead to the radicalisation of people serving long prison terms based on little more than suspicion.

The story of Mustafa, the suspected suicide bomber, is a case in point. Yasmine Hossameddin, a lawyer who represented him in 2014 after he was detained and charged with illegal possession of a weapon and membership of the outlawed Muslim Brotherhood, says he was tortured in prison. He was subsequently released after all charges against him, apart from taking part in an unlicensed protest, were dropped.

Mustafa then left Egypt and his lawyer lost touch with him. Her testimony, published in newspapers and on her Facebook page, clearly implied he was radicalised as a result of his prison experience.

Mustafa’s story remains opaque and Hossameddin’s version has raised more warning signs than it has won sympathy. The full consequences of the bombing have yet to be seen.

In Dar Al-Shifaa Hospital, less than a kilometre away from the Cathedral, Ramzi finally found his wife, Sabah, late on Sunday afternoon. He sat on a chair, sobbing, his head resting on a cane next to where she lay in the morgue. 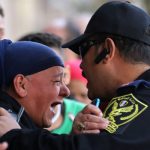 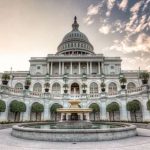