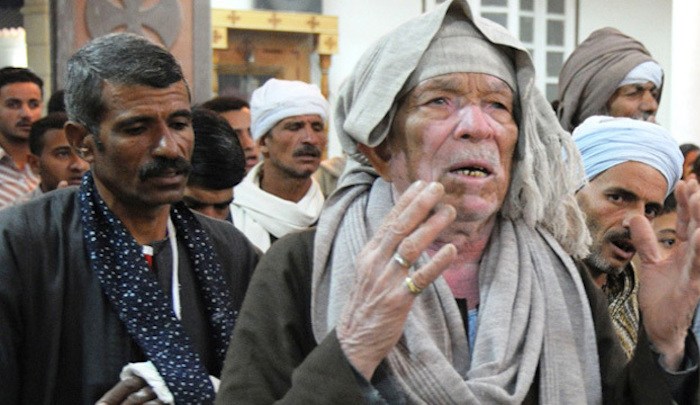 Egyptian authorities and politicians recently held a meeting sponsored by Al Azhar, the nation’s topmost authority on Islam, in the village of Naghameesh, Sohag. Those present included leading authorities, such the governor of Sohag and the security service.

The topic of discussion was the latest round of attacks on the Coptic Christian minorities of the region—which saw Christian persons beat and properties burned—because the Copts were “illegally” praying and worshipping in a building that they had long used as the Church of St. George, before authorities shut it down.

As usual, the meeting highlighted the “brotherhood of all Egyptians”—Christians and Muslims—the need for them to get along, etc. But when it came to the question of giving their fellow Christian brothers the same right to worship that Egypt’s Muslims enjoy—especially now, when Coptic Christians are looking forward to celebrating Christmas mass—the majority of Muslim leaders and family members staunchly refused to permit the local Christians to assemble, pray and worship in the building, which must remain shut down. They cited the well-known law of Islam that forbids the building and even renovation of churches wherever Islam holds sway.

As usual, the governor of Sohag and other authorities did nothing to support the Copts and acquiesced.

One local Christian explained how they had been “using this building to pray in and offer charitable services for some time,” and how they had submitted all the necessary paperwork to register the building as a church, “but instead they illegally shut it down.” Wondered the unnamed Christian: “We don’t understand what is so dangerous about the Copts praying and exercising their legal rights in this matter.”

The Copts of Naghameesh are just one of many Christian villages who face countless legal restrictions and red tape that denies them the right to build a church to pray in. And on those very rare occasions when they do get the necessary paperwork signed off, Muslim mobs riot and attack Christians and burn their homes, which local authorities cite as reason to revoke the permit and keep peace in the village.

Meanwhile, Egyptian governmental figures just boasted of how they are opening 10 new mosques every week; that there are 3,200 mosques that are closed due to needing renovation and that the government is currently working on 1,300 of them; that it will take about 60 million Egyptian pounds to renovate them but that the government has allotted ten times that much, although a total of 3 billion is needed; and the Egyptian government is dedicated to spending that much—for “whoever abuses public funds [which should be used for Islamic worship], enters a war with Allah,” in the words of Dr. Muhammad Mukhtar Gom‘a, Minister of Awqaf, or endowments.

But when the nation’s more than 10 million Christian minority seeks to build a church—and pay for it from their own pockets—then woe, all is woe in Egypt. 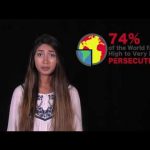 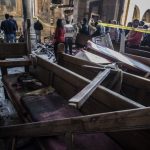