Member of Parliament and chairman of the Egyptian Democratic Party Ehab Mansour announced [Ar] on Wednesday in a press conference that he is rescinding his approval from the NGO draft law approved by Parliament yesterday. Mansour indicated that the Parliament failed to consult with civil society while drafting the bill. Mansour explained [Ar] that he approved some the articles meant to protect the country’s security but felt that some aspects of the bill went too far.

George Ishak, a member of the semi-governmental National Council for Human Rights, told Ahram Online, “If this law is issued we will file a case against it for being unconstitutional.”

Mohamed Zaree of the Cairo Institute for Human Rights Studies said, “This is my worst nightmare, when I see such draft bills. They are closing the door on all organisations or associations which would have liked to deal with human rights in the future.”

More than 20 Egyptian civil society organisations and six political parties signed a document criticizing a bill to regulate the activities of non-governmental organisations. MP Ali Badr insisted that the draft bill aims at “the strengthening of civil society.” 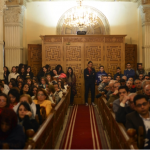 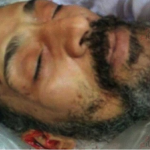