As a member of the Congressional Caucus on Religious Minorities in the Middle East, and the International Religious Freedom Caucus, I have been working to help support efforts to protect the rights of Christian minorities in troubled regions, including Syria, Iraq and other places where these communities are threatened. It is important that Congress pressure the Administration, the U.N. and other international organizations to do more for these groups.

I have had the honor of serving on the House Foreign Affairs Committee for 20 years, and I have utilized this assignment to advance the cause of religious minority rights. I have done my best to work closely with members of communities of Christians from the Middle East, both locally and with national organizations in Washington. In this letter I have outlined some of my more recent efforts on this important topic. Please do not hesitate to contact me on this or any other issue facing Congress.

Congress Speaks Out on the Conflicts in Iraq and Syria

In October of 2015, I cosponsored H.Con.Res. 75, which expresses the sense of Congress that the atrocities perpetrated by ISIL against religious and ethnic minorities in Iraq and Syria include war crimes, crimes against humanity, and genocide. This resolution passed the House in March 2016. Ultimately, the State Department made a similar declaration just a few days after the House passed this important resolution.

In September of 2015, I cosponsored H.Res. 447 calling upon the President to use the United States’ “voice and vote” in the United Nations Security Council to condemn the ongoing sexual violence against women and children from Christian and other religious communities by ISIL militants, and to seek justice for the victims.

Finally, I am the lead Democratic sponsor of H.Res. 440, which I introduced with Rep. David Trott (R-MI). This resolution expresses concern for Assyrian, Chaldean, and Syriac Christians and Armenians in the Nineveh Plain region of Iraq and the Khabor and Kobane regions of Syria. It calls on the President and international community to put an end to the suffering of religious minorities in these regions and allow them to live peacefully in their ancestral homelands and Aleppo.

The resolution also formally recognizes the Simele massacre of 1933. It calls on the Administration to ensure that Assyrian, Chaldean, Syriac Christians and Armenians are equipped and trained, and integrated into security forces, so that these communities can defend themselves. Finally, the resolution calls on the UN to ensure resettlement assistance for ethnic and religious minorities in Syria and Iraq in their ancestral lands and access to basic human needs for refugees.

I believe the United States must do more to provide material assistance to Christians in the regions affected by conflict in the Middle East and to help settle those that are forced to flee. On April 9, 2014, I questioned the Administrator of the U.S. Agency for International Development, our main foreign aid agency, at a House Foreign Affairs Committee hearing on the need for assistance to Christian refugees in the Middle East and expressed that USAID should provide additional aid to the governments of the countries assisting with the resettlement of these refugees.

Every spring, Members of Congress write to their colleagues that serve on the Appropriations Committee – who write the spending bills that will fund the government during the next fiscal year – outlining their priorities. I submitted a request for 2015, 2016, and 2017 calling for additional assistance to religious minorities in Syria.

The United States is the largest donor of humanitarian assistance to those affected by the Syrian civil war. Since 2012, we have allocated nearly $5.6 billion to meet humanitarian needs. Congress is still deliberating about spending levels for 2017. I will continue to work to ensure this assistance focuses on the needs of the most vulnerable minority communities.

Advancing the Rights and Freedoms of Christian Communities

Here are some of the other efforts I have undertaken in the recent past, and some ongoing work, concerning Christians in the Middle East and wider Muslim world.

Finally, I would like to address one of the more difficult and disheartening concerns that I have faced in my work on behalf of Christian communities in the Middle East.

On April 22, 2013, Greek Orthodox Archbishop of Aleppo, Metropolitan Boulos Yazigi, and Syriac Archbishop of Aleppo, Metropolitan Yohanna Ibrahim, were abducted by unknown assailants in Syria. Sadly these two religious men are believed to be still in captivity and their whereabouts remain unknown, despite the best efforts of many in Congress, and those in your community.

I led an effort in May 2013 to raise this issue at the highest levels of our government. I wrote a letter, which over 70 Members of Congress signed, to Secretary of State John Kerry, urging the State Department to make Metropolitan Yazigi and Metropolitan Ibrahim’s immediate release and safe return to Aleppo a priority in our efforts in the region.

I continue to raise this issue at every appropriate opportunity. We must not abandon hope that these men will ultimately be returned to Aleppo and to the service to their communities that has been their life’s work.

Thank you for taking the time to read this letter. Again, I welcome your views on these and other issues facing Congress. 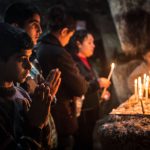 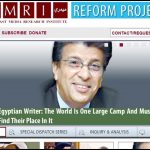 The Time Is Now For Urgent Middle East ReformSelected Opinion