Egyptian Christians staged a rare protest in downtown Cairo on Saturday to demand the government uphold their rights, saying they are being treated as second-class citizens in the Muslim-majority country.

Standing on the steps of a courthouse in the capital, some three dozen demonstrators braved Egypt’s draconian protest ban to hold signs aloft, calling for their legal rights to be upheld in disputes between Muslims and Christians.

“I am an Egyptian citizen above all,” said Michael Armanious, a Christian demonstrator. “We pay taxes, we serve in the army, we are dealing with all the same economic problems in Egypt with the rest of our countrymen, why should we have fewer rights?” he said, flanked by roadblocks and equal numbers of police, who forced the crowd to disperse after an hour.

Christians make up some ten percent of Egypt’s 91 million people. They sided overwhelmingly with Abdel-Fattah el-Sissi when he overthrew an Islamist president in 2013, paving his way to the presidency. But some have recently voiced concerns that their lot has not improved under the former general, despite his promises.

Interfaith disputes are common in the countryside. Most often they arise over mixed-faith love affairs or the building of churches. Many confrontations result in violence perpetrated against Christians or their property, and are resolved by extra-judicial councils of local elders that favor the Muslim side.

The Christians demonstrating Saturday oppose such councils and are insisting such cases be brought to court.

Last month, the leader of Egypt’s Coptic Christian church warned of increased attacks on Christians, saying national unity is being “defaced.” Pope Tawadros II told Egyptian lawmakers that since 2013 there have been 37 sectarian attacks on Christians — nearly an incident a month.

The comments came after a string of attacks hit the southern province of Minya, home to a large Christian community but also a substantial concentration of extremist Islamic groups. In July, a Muslim mob stabbed a Christian to death over a personal feud, while days earlier, in two separate incidents, mobs attacked and torched houses of Christians over a rumor that they intended to convert buildings into churches. In May, a Muslim mob stripped an elderly Christian woman and paraded her on the street following a rumor that her son had an affair with a Muslim woman.

Lawmakers say that parliament is currently drafting a new law to criminalize actions that undermine national unity, as well as a law that eases regulations over the construction of churches, which are severely restricted. 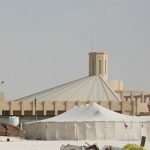 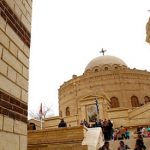