In recent days, Egyptian President Abdel Fatah el-Sisi has seemed less interested in his usual repression of Islamists and more determined to crack down on liberal groups and watchdogs, especially the pro-democracy forces that were involved in the Arab Spring and that continue to challenge him. He has even gone as far as to bar Western journalists from entering Egypt as U.S. Secretary of State John Kerry visits Cairo this week.

It appears that Sisi now views liberals as more of a threat than Islamists. His strategy to weaken the liberal opposition began in 2013 when the government arrested and imprisoned a large number of prominent liberal activists who were protesting against his draconian restrictions on public speech. For instance, in December 2013, Ahmed Maher, Ahmed Douma, and Mohamed Adel, leading figures from a pro-democracy movement, were slammed with three-year sentences for participating in a rally against Sisi’s anti-protest law. Thousands of other activists were randomly arrested and jailed after facing unfair trials.

Then in February of this year, the Sisi administration began targeting nonprofits. First, he closed down Al-Nadeem Center for the Rehabilitation of Victims of Violence, an organization founded in 1993 that provides counseling services, legal support, and other forms of assistance to torture victims. The center’s director, Aida Seif al-Dawla argued that Cairo’s decision was political and not related to a license violation, as the authorities had claimed. In March, Sisi dismissed the country’s top auditor, Hisham Genina after using another law that he had passed in July 2015, which gave him unlimited power to sack heads of supervisory boards of government bodies if they “pose a threat to national security.” A few months earlier, Genina had publicly accused the government of stealing $60 billion from public funds over the past four years. Genina, who was appointed by the ousted President Mohamed Morsi, had also condemned the government for corruption, implicating key institutions such as the police and the judiciary. Sisi claims that Genina’s remarks tarnished Egypt’s image, thus driving away foreign investment and destabilizing an already weak economy.

More recently, on May 14, an Egyptian court sentenced at least 51 people to two years in prison for protests against the transfer of two Red Sea islands to Saudi Arabia. On April 15, Egyptians had taken to the streets in several provinces, protesting the deal and chanting, “The people demand the fall of the regime,” an iconic slogan that featured during the 2011 uprising that ousted president Hosni Mubarak. According to the Front to Defend Egypt Demonstrators, 1,277 people were stopped or arrested between April 15 and April 27 of this year. Among the detainees were Mohamed Nagi, a researcher who studies student rights; human rights lawyers Malek Adly and Haitham Mohammedian; and Ahmad Abdullah, a member of the Egyptian Commission on Rights and Liberties.

Meanwhile, Sisi has lightened up when it comes to Islamists, particularly Hamas. Last year, he sentenced the Muslim Brotherhood-backed Morsi to death for conspiring with Hamas and “sabotaging Egypt.” The Muslim Brotherhood was designated as a terrorist organization in February 2014, but an Egyptian court ruled in June 2015 that Hamas was no longer considered one. This spring, Intelligence Chief Khaled Fawzy hosted a high-profile delegation for Hamas in Cairo. Upon returning to Gaza, Hamas members reportedly took down Muslim Brotherhood posters in Gaza to show that it was no longer affiliated with the Muslim Brotherhood group. Ironically enough, the talks with Hamas came only a few days after the government had officially declared the group responsible for assassinating Egypt’s public prosecutor in June 2015.

Then in mid-March, the Egyptian government released from jail prominent Islamists, including Mohamed al-Zawahiri, the younger brother of al Qaeda’s current leader, Ayman al-Zawahiri. A dozen of leading members from the Anti-Coup Alliance, a Muslim Brotherhood-affiliated coalition of Islamist groups, were also freed. Although the media had once buzzed with news about Muslim Brotherhood arrests, it seems that there have been fewer reports of late.

Sisi’s strategy recalls that of former Egyptian leader Hosni Mubarak, who used crackdowns and openings to eke out deals. Take, for example, Mubarak’s treatment of Al-Gama’a al-Islamiyya, which was considered a terrorist group. Mubarak had imprisoned at least 20,000 of the group’s affiliates, handing them life sentences and allowing the state security services to torture them. But its members renounced violence in the 2000s after striking a deal with Mubarak’s right-hand man, Minister of Interior Habib Al-Adli, who then released the group’s leaders and members. Since then, the group has lost its momentum and no longer poses a threat to the government.

As with Mubarak, Sisi is using a carrot-and-stick approach in dealing with the Muslim Brotherhood. For instance, in the 2005 parliamentary elections, Mubarak allowed the group to participate for first time. It went on to win 88 seats. Yet, one year later, the government clamped down on the group during a peaceful student protest at Cairo’s al-Azhar University in an incident known as the “al-Azhar militia incident,” In a pre-dawn raid, the security forces arrested 124 students along with 17 senior members of the Brotherhood, such as Khayrat al-Shatir, the organization’s third highest-ranking official. The government claimed the protest was by a violent militia associated with the Brotherhood. Now it seems that after three years of heavy-handed crackdown, Sisi is seeking a more diplomatic approach, given the group was weakened significantly and no longer pose a major threat to his regime.

Administrative security personnel (back) clash with Cairo University students who are supporters of the Muslim Brotherhood, Cairo, Egypt, April 19, 2015.

As another sign that the government is softening its approach with the Muslim Brotherhood, it has been giving its imprisoned members special treatment. After the government arrested hundreds during the protests against the island transfers, it banned liberal political prisoners from seeing their relatives. But the government allowed Muslim Brotherhood’s high-ranking members, such as Bassem Oda, the former minister of supply during the Morsi era, to see his daughter. This was a 180-degree change in policy since before, they were not even allowed to speak to each other.

Like Mubarak’s before it, Sisi’s strategy seems to be working. Islamists have shown themselves to be more flexible and open to political deals. For instance, shortly after Mubarak’s ouster in 2011, the Muslim Brotherhood sided with the military junta against the liberal side’s anti-military protests. During the transition period, the temporary governing body, the Supreme Council of the Armed Forces (SCAF), appointed a constitutional committee that clearly gave the Muslim Brotherhood greater influence over drafting the Constitution. It also allowed the Muslim Brotherhood to form a political party for the first time after the group was banned according to a law that prohibits the establishment of political parties with a religious background. And in the first parliament after the revolution, the Muslim Brotherhood criticized the liberal activists who protested against the military rule.

In contrast, rights groups have not been as willing to strike deals with Sisi, whom they see as corrupt. Instead, they have aligned themselves with the West, which reinforces the Egyptian military’s paranoia that Western-backed NGOs are trying to destabilize the government. For example, on March 21, 2016, 17 Egyptian NGOs released a joint statement condemning what they described as an orchestrated “onslaught” on civil society by Sisi. The statement pointed out that all of civil society was facing retaliatory attacks after a few groups had filed a memo to the UN High Commissioner for Human Rights detailing all types of abuses committed by Egyptian authorities, including detention of tens of thousands of political prisoners, extrajudicial killings, excessive use of torture, and the forced disappearances.

As the siege intensified, the European Parliament passed a resolution vehemently condemning the worsening human rights situation in Egypt. Soon after, U.S. Secretary of State John Kerry also released a statement, warning that “restrictions on the space for civil society activity will produce neither stability nor security.” No doubt these official denunciations have embarrassed Sisi at a time when Egyptian officials are seeking to reach out to the West and repair a broken economy.

Human rights advocates expect that at least six of the most popular rights group will be shut down in the near future, including the Egyptian Initiative for Personal Rights, the Arab Network for Human Rights Information, and Nazra for Feminist Studies. There is some hope, however. The detention of human rights activists Hossam Bahgat, who was arrested in November 2015 after he penned a critical article about the military, triggered a swift international response. Even UN Secretary-General Ban Ki-moon and U.S. State Department officials pressured Sisi to release him, and three days after his detainment, he was released. This incident and others show that the Sisi government responds to mounting international pressure.

The United States and the West need to put Sisi’s government under pressure. The life of every Egyptian is valuable. And just as the West decried the abduction and brutal killing of Giulio Regeni, the Italian academic whose murder still remains unresolved, so it should also condemn the extrajudicial killings of Egyptians. For one, there needs to be more restrictions on the sale of weapons to Egypt and any future sales need to be strictly conditioned upon Cairo’s human rights record. The Egyptian army is one of the strongest in the Middle East and it does not need any more weapons to battle extremists such as the Islamic State (ISIS), which has conducted attacks in Arish, a city in the Sinai Peninsula.

The West needs to align its interests with the values of a new generation of Egyptians, as well as those of others in the Arab world who strive for social change, long-term stability, and prosperity. By intensifying his assault on Egypt’s liberals, Sisi will only find himself weakening his hold on power. Simply put, any attempt to produce a new version of the Mubarak regime is doomed to fail as the Arab Spring has clearly shown. 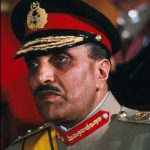