Egypt’s president has hit back at criticism of his government’s deal to hand two Red Sea islands to Saudi Arabia and of its investigation into the murder of an Italian student.

Abdel Fattah al-Sisi warned “evil people” were conspiring against Egypt and urged Egyptians to trust him.

He said the islands of Sanafir and Tiran always belonged to Saudi Arabia.

And he said the probe into Giulio Regeni’s killing was being carried out with “utmost transparency”.

His comments, broadcast live on state television, came after a week in which he had faced intense criticism on both issues.

President Sisi’s announcement that Egypt would hand over Sanafir and Tiran was made during a rare visit by Saudi King Salman in which he pledged billions in aid and investment to Egypt.

Mr Sisi said that Saudi Arabia had asked Egypt in 1950 to protect the two islands, situated at the mouth of the Gulf of Aqaba, from Israel.
“We did not surrender our rights, but we restored the rights of others,” Mr Sisi said. “Egypt did not relinquish even a grain of sand. All the data and documents say nothing except that this particular right is theirs.”

He went on to say: “Please let us not talk about this subject again. There is a parliament that you elected which will debate the accord. It will either ratify or reject it.”

On the subject of questions over the killing of Giulio Regeni, Mr Sisi condemned the Egyptian media for focusing on speculation circulating on social media and Egyptians for believing it.

The body of Mr Regeni, which showed signs of torture, was found dumped near Cairo on 3 February.

The 28-year-old student had been researching trade unions, a politically sensitive subject in Egypt, when he went missing in Cairo on 25 January.

“The moment his death was announced, people from among us said the security services did it,” he said. “We do this to ourselves.
“There are people of evil among us working on sabotaging our achievements by promoting lies. And by sharing what they promote, we have created a problem for Egypt,” he went on to say.

This poster was released in January after Mr Regeni went missing.

Egypt insists a criminal gang was behind his death, but the claim was branded “implausible and risible” by a number of academics who have been pressing the UK government to intervene in the case.

A petition demanding clarification on “what action it will take to ensure a credible investigation into Giulio’s murder” has now been signed by more than 10,500 people meaning the government must now provide an official response. 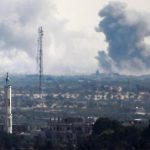 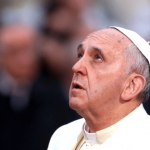