Ambassador Bassam Rady, the official spokesperson for the Presidency, said that President Abdel Fattah El-Sisi held a meeting on Jan. 20 to follow up on the Islamic call (Da’wa) and community activities of the Ministry of Awqaf.

He added that the President directed that grand mosques (compounds) belonging to the Ministry of Awqaf be established in all governorates, so that they would be  beacons for spreading true religion throughout the country. They are to cover all Islamic call (da’wa) activities as well as the reciteries of the Noble Qur’an. He also directed to increase the total prizes of the annual international Quran recitation competition, to be organized by the Ministry of Awqaf next month, to become two million pounds.

The President directed the development of a comprehensive plan for the establishment of grand mosques belonging to the Ministry of Endowments in all governorates, which would include various Islamic call activities and schools for reciting the Noble Qur’an, and serve as beacons for spreading the true religion throughout the country. He emphasized the the good selection of their sites and the allocation of a suitable space for them. This would come in addition to raising the efficiency of the existing major mosques in each governorate.

During the meeting, the Minister of Awqaf presented the Ministry’s efforts of training African imams, preachers and religious leaders, with the aim of spreading the culture of dialogue, diversity and acceptance of the other. He also presented the revised program developed for training new imams (in Egypt), and the results of appointment competitions held to select the best elements from knowledge and culture points of view.

The Miniser also presented plans to prepare for the holy month of Ramadan, both religiously and socially, by intensifying Islamic call activities and reciting the Holy Qur’an, as well as the Ministry’s contribution to community service through projects such as sacrificial instruments, feeding and distributing food commodities to the most vulnerable families. This is in cooperation and coordination with the Ministries of Social Solidarity and Supply and local government authorities in the governorates.

The minister presented efforts in the area of translation and publishing, especially the latest translation of (the meanings of) the Holy Qur’an into a number of new languages. This will be presented during the next session of the Cairo International Book Fair, with the aim of spreading True Islam, away from any distortion or exaggeration. 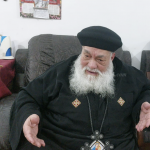 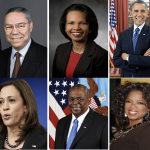