On Christmas Eve, Dec. 24, 2022, a group of Palestinian “youth” assaulted a Coptic Christian church in Jaffa.  After hurling stones and empty glass bottles at it, they stormed the church and savagely attacked Fr. Michael Mansour, who serves as the priest of the St. Anthony Coptic church in Jaffa.

While loudly cursing Christianity and personally insulting him, they pepper sprayed the elderly Christian clergyman.

The same Palestinian “youth” proceeded to curse and hurl stones at a Latin church in the same vicinity.

Discussing this incident in a later interview, Fr. Michael, who has lived and been serving his Coptic flock in Jaffa for some four decades, said that he had felt dizzy and short of breath after being pepper sprayed, and had collapsed, but thankfully recovered. He prayed for peace and calm to be restored and asked that God may shed his grace on his assailants.

No property was stolen from Fr. Michael’s church or his adjoining home during the assault, suggesting it was a hate crime.

In a statement, Fr. Constantine Nassar, the head of the (Greek) Orthodox community in Jaffa, said, “We strongly condemn this barbaric and tribalistic act and call on the responsible authorities to arrest the perpetrators as quickly as possible, and bring them to trial, thereby making an example of them to others.

Although the few local Arabic language sources reporting on this incident portray it as an aberrant act that hardly represents Muslim/Christian relations in the Holy Land,  the persecution of the region’s Christians and their holy place has, in fact, been growing (as documented in this article).

As of this writing, no English language media are reporting on this incident.

Though unreported in Western languages, these add to other instances of hostility for Christians and their churches that recently occurred in Israel. 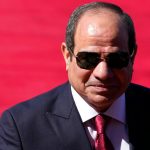 One Copt out of One Hundred, Appointed by El-Sisi at State CouncilCS Releases & Articles 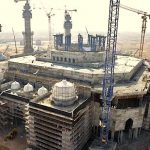