He lived in solitude in the desert, but he wasn’t alone.

St. Anthony the Abbot (251 -356; also called St. Anthony of Egypt or St. Anthony the Great), whose annual celebration is on Jan. 17, was inspired by the Gospels to sell all his possessions and live a life of solitude in the Egyptian desert. He established for himself a quiet hermitage away from the world, but he wasn’t able to completely escape from his most persistent enemy.

The devil, knowing that St. Anthony was a very holy man and close to God, threw everything he had against him. If the devil couldn’t turn Anthony away from God through the riches of the world, he would try to attack him both physically and spiritually. St. Athanasius records several of these encounters in his Life of St. Anthony.

After failing to tempt him with the lure of wealth, the devil “attacked the young man, disturbing him by night and harassing him by day, so that even the onlookers saw the struggle which was going on between them.” After each temptation, however, St. Anthony would “fortify his body with faith, prayers, and fasting.”

Frustrated, the devil tried to confront Anthony by taking on the shape of a boy and conversing with him. Anthony replied, “You are very despicable then, for you are black-hearted and weak as a child. Henceforth I shall have no trouble from you, ‘for the Lord is my helper, and I shall look down on mine enemies.’”

For a time the devil left Anthony alone, but returned again to test him, this time with a multitude of demons. The devil severely beat Anthony physically, hoping that Anthony would return to his former way of life out of fear. Remaining steadfast in his faith, Anthony called out to the devil, “Here am I, Anthony; I flee not from your stripes, for even if you inflict more nothing shall separate me from the love of Christ … ‘though a camp be set against me, my heart shall not be afraid.’”

After each encounter Anthony was strengthened in his faith and God came to his aid. In teaching his many disciples Anthony taught them how to defeat the demons, “Sign yourselves therefore with the cross, and depart boldly, and let these make sport for themselves.” And elsewhere he said to them, “But we need not fear their suggestions, for by prayer, fasting, and faith in the Lord their attack immediately fails.”

In whatever temptations we may encounter, Anthony teaches us that faith, prayer, fasting, and the sign of the cross is enough to defeat the snares of the Evil One. The devil may appear powerful, but the saints again and again prove that he is not and is no match for those who put their trust in God. 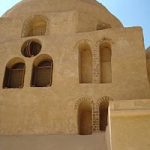 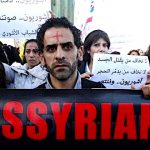