The Egyptian folk saying goes: “Oh God who eases difficulties! The bigger portion has been accomplished … what remains is less”. I am talking about the churches and Church affiliated community buildings which had been built without legal licence, and officially applied for legality according to the 2016 Law for Building and Restoration of Unlicensed Churches. (..)

Applications for legalisation submitted to a Cabinet committee charged with looking into them amounted to 3730 cases the files of which were handed in before the deadline of 28 September 2017, one year on the passage of the law.

Watani has been regular in publishing the successive lists of churches and buildings approved for legalisation by the Cabinet-affiliated committee charged with that task. The committee issues approvals every few months for legalisation of batches of churches and buildings in various regions in Egypt, belonging to the Orthodox, Catholic and Evangelical Coptic Churches. Legalisation becomes final only when the approved churches prove land ownership, pay any required dues, and comply with provisions of structural soundness and civil defence [safety] conditions. Given that a sizeable number of unlicensed churches were built in rural areas or underprivileged, unplanned urban areas characterised by very narrow streets, and crowded wall-to-wall small buildings, complying with standard safety conditions has not been attainable in many cases. Church officials complained about this to the Cabinet committee which then decided to involve the Ministry of Housing in resolving the issue by figuring out adequate safety requirements according to relevant building codes. Until this is resolved, churches have been required to fulfil the minimum precautionary measures, such as providing adequate fire extinguisher facilities.

On 15 December 2022, Prime Minister Mostafa Madbouly who chairs the Cabinet committee charged with looking into the cases of unlicensed churches and Church affiliated buildings, issued the 24th decision on the legalisation of churches and buildings that had applied for legality. The recent decision brings the legalisation approvals up to 2532 out of the total 3730 cases, meaning that the committee has accomplished 67.9 per cent of its charge in the span of five years and three months. At this pace, the Cabinet committee would need another two years and three months to complete looking into the remaining 1198 cases (32 per cent).

The first set lists churches and Church affiliated community centres approved for legality provided they complete the safety measures to be declared in a ministerial decision by the Minister of Housing, in no more than six months on the date that decision is issued. This set includes 41 churches and 55 community centres, a total 96 buildings in the governorates of Giza, Alexandria, Beheira, Matrouh, Minya, Fayoum, Assiut, Sohag, Qena, Aswan and the Red Sea.

The second set lists churches and Church affiliated buildings approved for legality provided they complete the safety measures listed in the ministerial decision in no more than six months on the date that decision is issued. This, in addition to settling any State dues required, and provided there is no ownership dispute regarding the land on which the church buildings were erected. This set includes seven churches and 12 community centres, a total 19 buildings in the governorates of Alexandria, Beheira, Minya, Fayoum, Assiut, Qena and Aswan.

The third set concerns churches and affiliated buildings that were approved for legality but did not comply with structural soundness provisions, thus require demolition and reconstruction. This set includes six churches and five community service buildings in the governorates of Fayoum and Minya.

The fourth set includes churches and Church affiliated community centres which were approved for legality, but did not comply with provisions of structural soundness, thus requiring demolition and reconstruction; in addition to settling State dues required, and provided there are no ownership disputes regarding the land on which the buildings were erected. This set includes three churches and one service building in the governorates of Minya and Qena.

The fifth set concerns churches and Church affiliated buildings that were approved for legality but need reconstruction. This set concerns one church in the governorate of Beheira.

Those were the details of the 24th batch of churches and affiliated buildings approved for legality.

As to the 1198 cases still waiting for legalisation, will they attain the long-awaited legality in the space of another two years and three months if the Cabinet committee continues its task at the pace it has been following? Will the committee accelerate its pace and complete the process sooner? Or perhaps it might further prolong the task? I wonder! 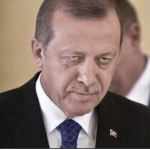 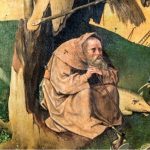 How St. Anthony of Egypt defeated the devilSelected Opinion