Yesterday, December 7, Member States of the UN Economic and Social Council (ECOSOC) voted for nine non-governmental organizations (NGOs) to gain consultative status with the United Nations, including Coptic Solidarity. This vote opens many more opportunities to Coptic Solidarity to advocate for equal citizenship rights for the indigenous Coptic Christians of Egypt and other religious minorities in international fora, such as the UN Human Rights Council.

Coptic Solidarity applied for consultative status with the UN in April 2015, but the application was deferred in every biannual review by the UN Committee on NGOs since that time. The current application process allows member states of the committee to directly, or indirectly through collaboration with countries who are not members of the committee, block the applications of organizations that engage in advocacy work which exposes human rights violations those states prefer to keep hidden or not address.

In September 2022, the US Mission to the UN utilized a procedural maneuver to force a vote on the application of Coptic Solidarity and a few other NGOs amongst the larger ECOSOC body. In this way, the Committee on NGO’s could no longer play the game of indefinite deferrals. Through the vote which took place on December 7th, Coptic Solidarity finally received consultative status along with eight other NGOs, one of which held the record for longest deferral, 15 years!

Coptic Solidarity president, Mrs. Caroline Doss, JD responded to the news, “We are grateful to the staff of the US Mission to the UN who enabled the vote providing us with consultative status. Yet, we recognize that hundreds of other legitimate NGOs are languishing in the same indefinite deferral process due to the abuse by NGO Committee member states. It is imperative that the UN restructure the accreditation process so that member states can no longer politicize NGO applications and limit which legitimate organizations have access to UN grounds and are able to participate in UN initiatives.”

Coptic Solidarity is an organization seeking to help minorities, particularly the Copts of Egypt. We support those in Egypt working for democracy, freedom, and the protection of the fundamental rights of all Egyptian citizens, and advocate in cooperation with the affiliated organizations in Canada and in Europe (Solidarité Copte). For more information, contact Lindsay Rodriguez at 801-512-1713 or coptadvocacy@copticsolidarity.org 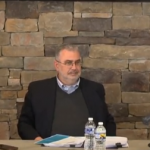 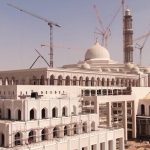