by Anba Angaelos – The Tablet –

What is undeniable is the positive and proactive impact of Christian communities in the region.

Whenever we hear about the Middle East, and in particular about the Holy Land, the first notion is one of conflict and war, but the reality is that the Holy Land has been the place of enriching history, culture and custom for millennia; the birthplace of Christianity and the place in which Christ lived and served.

While the numbers of Christians in the Holy Land continue to fall, it is imperative to understand that the influence of the Christian community remains strong, and its presence remains vibrant. One only needs to attend the numerous religious festivals, especially those occurring during Easter, to see the strength and effectiveness of the Christian community and the tens of thousands who flock from around the world to take part in what is seen as the ultimate expression of hope in the light that comes from the tomb of Christ.

While Christians endeavour to live a normal life in the Holy Land, it is undeniable that there are many challenges that befall them, and yet day after day they rise to these challenges and their presence becomes one that instils confidence in the eyes of many around the world.

Even with the backdrop of globalisation it is simple and sometimes desirable to compartmentalise Christianity into East and West, amongst other things, and so the Christians of the Middle East, and those of the Holy Land become in our own minds distant and different.

They either become a novelty or an unwelcomed complexity in an already complex and polarised world.

As Christians living in the West, as opposed to Western Christians, we must be inspired by, and take heart from the example of sisters and brothers in the Holy Land, who have a vibrant presence that projects and instils joy and hope despite their daily challenges.

There is, in the West, a perception that there is a “decline of Christianity” in the Middle East. The reality is however that the decline is not in Christianity, but in the number of Christians living there.

Christianity remains lived and celebrated, and for Christians, the oneness of Faith and heritage unites us around the globe.

The problem with this, however, is that that same witness comes from an increasingly smaller number of Christians, as many of their sisters and brothers leave the region. This is not merely a greater responsibility, but a greater pressure on those who remain, for as they continue to live their lives in areas where they are an increasing minority, the pressure of inequality and even persecution falls on less and less shoulders, and so becomes heavier and heavier.

The presence of a complex historic, and geo-political problem in the Holy Land is undeniable, but what is also undeniable is the positive and proactive impact of Christian communities in the region that remains strong for which we must be increasingly thankful, and which needs and deserves our continued attention and support.

Organisations such as the International Community of the Holy Sepulchre (ICoHS), Embrace the Middle East, Churches for Middle East Peace (CMEP), Awareness Foundation and Christians Aware currently support Christians who remain in the Holy Land.

Photo: The Church of the Nativity in Bethlehem  – CNS/Debbie Hill 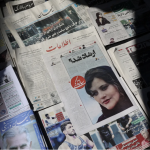 Iranians Have Had Enough of TheocracySelected Opinion 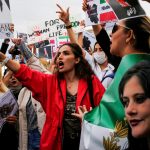 In Iran, it’s Old Recipes From the Devil’s KitchenSelected Opinion