An elderly Coptic Christian and his son who run an off-license shop in Giza, central Egypt, were hospitalized after they were severely injured in an attack.

Joseph Israel, 70, was sitting outside his shop in the Omrania district (near Giza pyramids area) in the early morning of 28 July when a man  approached him and stabbed him multiple times. When Israel’s son, Emil, rushed to help him, he was stabbed too. Both men were rushed to hospital with critical injuries. Ahmad Mohamed Salah, 43, was detained in connection with the attacks pending police investigations.

While they have both been released from hospital and are receiving medical care at home, the elder Israel is still in a lot of pain, his son told World Watch Monitor:

“He has at least 30 stitches where he was stabbed in his neck,” he said.

Emil and his father own the “Abou El Houl” shop in Khatem El Morsaleen street, a well-known road in Omrania district, the biggest district in Giza governorate. They have been traders in alcoholic drinks for more than 30 years.

Alcohol is regarded as ‘haram’ (illegal, or forbidden) by Muslims, and those selling or consuming it are looked down upon or sometimes even threatened. In January 2017 a Copt was killed in Alexandria as he sat in front of his liquor store.

In Giza, the Abou El Houl shop was raided once, about six years ago, Emil said. “Some armed masked men broke in after midnight, took money and destroyed the bottles of alcohol,” he told World Watch Monitor.

On the morning of 28 July, a man whom Emil identified as Ahmad had attended early morning prayers at a nearby mosque, then “walked up to my father who was sitting outside the shop and started stabbing him with a knife, shouting “Allah Akbar” (‘God is great’),” said Emil, who said he witnessed the attack from inside the shop. “When I ran outside to try and stop the attack on my father, Ahmad started stabbing me with the knife as well,” he said.

Neighbours intervened and handed Ahmad over to police. After the initial four days in detention, this was extended by another 15 days pending the outcome of investigations.

Emil and his father had never met Ahmad before, Emil said. However, Christians who live in the nearby area of El Plastic told a local source he is a supporter of the outlawed Islamist Muslim Brotherhood movement and refuses to buy from Christian-owned shops.

Ahmad’s family, meanwhile, have told the police and prosecutors that he is suffering from a mental illness. Such a defense often is used, and when successful, results in the minimum possible sentence.

The attack on Joseph and Emil is the latest in a string of violent attacks on Coptic Christians this year.

On  5 June, Kirollos (Cyril) Nagah Megali, from Mahdi, a village in Upper Egypt in the country’s south, was pushed from his motorbike and stabbed with a machete by a man who had a previous conviction for assaulting Copts. Megali died from his injuries.

On 7 April, Arsenius Wadid, a Coptic priest, was murdered while walking on Alexandria’s seafront boulevard with some young people from his church.

In April, 28-year-old Rani Ra’fat was killed in an attack outside his workshop in al-Daba, a town in northwest Egypt. His body was found with 22 bullet wounds.

On  14 January, 56-year-old Rafiq Karam was assaulted by a man with a knife in his shop in Cairo. The perpetrator tried to slit Karam’s throat with a cutter while cursing Christians.

On 10 January, 50-year-old Catherine Ramzy survived an attack while she was on her way to a grocery store in Cairo. The attacker grabbed her from behind and slit her throat while shouting ‘Allah Akbar’.

In a Facebook post, Coptic journalist Nader Shukry implies a link between these kind of attacks and comments by controversial religious leaders such as Sheikh Abdullah Rushdy and Sheikh Mabrook Attia.

Attia is on trial for contempt of Christianity and Islam because of comments he made in a broadcast recently. He also warned women to wear their veils and loose clothing if they did not want to be attacked like university student Naira Ashraf, who was killed by a fellow male student for not responding to his advances.

Others point at influence from the media. Sila, a Copt and film maker who uses only one name, told the news site Fanack that the killing of the Alexandrian priest Arsenius Wadid might have been inspired by a Ramadan film series “Al Ekhtiyar” (The Choice), a documentary that tells the story of the ousting of former president Mohamed Morsi by the military in 2013 and that has been criticised for “rewriting history”.

While the priest’s killer has been sentenced to death, other victims are still waiting or justice. In 2016, Soad Thabet, an elderly Coptic woman, was publicly stripped naked and beaten in Minya, Upper Egypt, as punishment for her son’s alleged affair with a Muslim woman. Six years later, she is still waiting for the outcome of an appeal of the court’s December 2020 acquittal of the three men who had been charged. 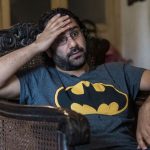 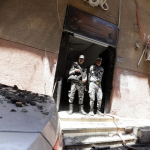