Kirollos (Cyril) Nagah Megali, from the village of Arab Mahdi in Akhmim, Sohag governorate (Upper Egypt), died on Wednesday morning of his injuries after being attacked by a Muslim (extremist), and after three days in intensive care in an attempt to save his life.

The victim’s family said that he was prayed for in the Monastery of the Virgin in Mount Akhmim, and then transferred to the family’s graveyard. Angered Copts demanded justice and punishing the perpetrator, who mercilessly attacked the victim with a machete, rejecting the typical “mentally deranged” narrator.

After investigations, the police found that the accused, Abdullah Hosni, pushed the victim off his motorcycle and beat him with a machete, which resulted in several skull fractures, brain hemorrhage, and cut tendons of the hand. The accused was arrested and a report is being prepared. The Akhmim prosecutor decided to imprison Abdullah Hosni pending interrogations.

Medhat Nagah, the victim’s brother, said that Abdullah Hosni used to harass Copts. Two years ago, he had assaulted another Coptic and was sentenced to one year, then a “customary reconciliation” session was held, leading to Abdullah’s acknowledgment, but charges dropped against trust receipts taken in the event of a repeated attack.. Later, Abdullah traveled to Libya to work and returned two days before he committed his crime. Kirollos, who works in Kuwait, was on vacation and was preparing to travel back. On his way home riding a motorcycle, Abdullah Hosni intercepted him, brought him down and beat him.

Medhat pointed out that the perpetrator tried to claim mental disorder, as his family brought a medical certificate in an attempt to escape his crime. Medhat questioned how could a mentally ill person travel to Libya, work and return, and choose his brother to attack him?

A statement by the Ministry of Interior confirmed the existence of previous criminal record for the accused, and that after his arrest he confessed to committing the incident and also admitted to getting rid of the machete used in the crime in a water bank.

The victim’s family appealed to the Public Prosecutor to restore their son’s right against the attacker who bears hatred for Christians and demanded that his relationship with terrorist groups during the period he lived in Libya be disclosed.

The Copts of Akhmim bid farewell to the victim with prayers, hymns and wailing.

The mourners chanted as the body was bid farewell to his burial place: “With our souls and blood, we will redeem you, O Cross – the right of Cyril must return”

A state of anger prevailed among the village’s Copts, because the perpetrator, Abdullah Helmy, had previously assaulted Copts and had always harassed them, and no action was taken against him.

The family said it waits for the implementation of the law against the killer who deliberately committed his crime with premeditation and surveillance. 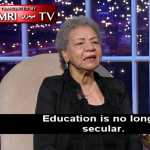 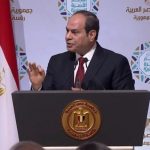