After weeks of speculations and general preparation, the national dialogue sessions called for by President Abdel Fattah al-Sisi at the end of Ramadan finally have a bit of definition.

On Wednesday night, the National Dialogue Administration released a statement announcing that the sessions will begin in the first week of July and appointing Diaa Rashwan, the head of the foreign press regulator State Information Services and the Journalists Syndicate, both positions that have been determined by the state.

Rashwan will be assisted by a technical secretariat formed by the National Training Academy that is to be headed by Supreme Media Regulatory Council secretary general Mahmoud Fawzy. The secretariat will assist the National Dialogue’s board “in the logistical and organizational process” of the dialogue, as well as to provide all necessary information for the management of the sessions.

With under a month before the sessions are to start, the exact aims of the national dialogue remain unclear, as there has not been an official announcement regarding what they will address.

However, Rashwan will immediately need to get to work, as his general coordinator role will entail starting “consultations with political and union forces and all participating parties” and forming a 15-member board of trustees that will include “representatives of all parties, public figures and experts,” according to the Wednesday statement.

The leading state journalist received congratulations on his appointment from most quarters of political life. Member of Parliament and political gadfly Mostafa Bakry praised Rashwan’s broad appeal and wide experience, saying that he has the ability to manage the dialogue “objectively.”

Last year, Rashwan was elected to his third term as the syndicate’s head, a continuation of the state’s domination over the once oppositional body. Since 2017, he has also served as head of the State Information Service, the official media and public relations apparatus of the Egyptian state. He previously presided over the Ahram Center for Political and Strategic Studies.

In its announcement, the dialogue administration called for all requests for participation in the dialogue, visions and proposals to be submitted to a designated website.

Since Sisi’s April announcement that the dialogue would take place and its assignment in May to the management of the National Training Academy — an institution directly supervised by the president — a number of critics have come forward to express skepticism about the aims and inclusivity of the process.

Among them are members of the Civil Democratic Movement, an umbrella group encompassing several progressive parties, who have drawn up a list of topics and participants whose inclusion they consider a prerequisite to the dialogue’s progress, in addition to, as members previously told Mada Masr, a list of prisoners whose release is necessary proof of the authorities’ commitment to political reform.

Along with his call for the dialogue, Sisi also re-formed the presidential amnesty committee to enact releases for detainees in politicized cases ahead of the forum.

As of last week, at least 59 detainees have been ordered released since the committee took up work again, according to several lawyers who spoke to Mada Masr

​​“I am neither content with nor reassured by the delegation of the organization and management [of the national dialogue] to a number of youth institutions that belong to and are run under the watch of ‘certain agencies,’” Mohamed Anwar al-Sadat previously said. Sadat, a Civil Democratic Movement member, the head of the Reform and Development Party and a member of the National Council for Human Rights, has given interviews to both BBC Arabic and Al Jazeera to comment on his concerns about the dialogue.

Sadat also heads the International Dialogue Group, a lobby comprising members of both chambers of Parliament that rose to prominence in 2021 by coordinating with state bodies, security agencies and the public prosecutor’s office to secure the release of certain political prisoners.

At the same time, outlets belonging to United Media Services, a conglomerate that dominates the media landscape and manages a number of major radio and television broadcasters as well as print publications, have been told not to host members of the Civil Democratic Movement in discussions on the national dialogue, according to a source who spoke to Mada Masr last month on condition of anonymity. 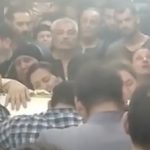 Coptic man from Sohag, victim of attack by a Muslim, succumbs to his woundsNews & Reports 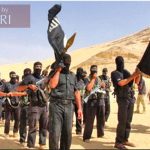