By pushing faith to the margins, the U.S. undermines its moral leadership abroad.

Americans have never agreed that one religion is true and good, but we’ve accepted the Founders’ view that all people must have the freedom to exercise religion and that this freedom is so sacrosanct it deserves special protection in our Constitution.

But that consensus has faded. According to the prevailing moral orthodoxy, religious practice not only isn’t celebrated; it’s increasingly intolerable. Those who affirm traditional beliefs about human life and nature—from abortion to marriage, to distinctions between the sexes—are cast as dangerous to democracy. Especially troubling is that such calls often come from the government, whose duty is to defend religious rights. Take the Equality Act—pending in Congress and supported by the Biden administration—which would vastly expand antidiscrimination laws and expressly bar religious exemptions. The effect would be to subject dissenters from secular orthodoxy to ruinous lawsuits.

Weakened protections for religious practice at home harm faithful citizens. They gravely affect those abroad, too. By pushing religion to the margins, we undermine our moral leadership and ability to aid the millions of people—Christians, Muslims, Jews, Yazidis, Bahá’ís and others—who are persecuted for their religious beliefs.

This cultural change didn’t happen overnight, but a bipartisan consensus on the importance of religious liberty remained strong well into the 1990s. In March 1993 then Rep. Chuck Schumer introduced the Religious Freedom Restoration Act, a bill meant to fortify protection against laws that “substantially burden a person’s exercise of religion” unless the government can show that it was furthering a “compelling governmental interest” via the “least restrictive” means possible. The measure passed with overwhelming bipartisan support. “Our Founders cared a lot about religion,” President Clinton said at the signing ceremony. “They knew that religion helps to give our people the character without which a democracy cannot survive.”

IRFA created a new mission in the State Department, led by an ambassador at large for international religious freedom. While the office has struggled to integrate itself within the department’s foreign policy since its founding, a series of ambassadors had begun to make significant progress. Though an outstanding diplomat holds that post today, the administration’s policies have fundamentally undermined his office’s operating premises.

The State Department disavowed the work of its Commission on Unalienable Rights, a panel then-Secretary Mike Pompeo assembled in July 2019 “to ground our discussion of human rights in America’s founding principles.” When the commission published its report a year later, its central contention was that certain rights—including religious freedom—are given by God to every person and may not be removed by government. The report recommended this powerful and humane idea be strengthened in American diplomacy.

Two months into office Secretary of State Antony Blinken renounced the framework: “There is no hierarchy that makes some rights more important than others.” The implication is that governments can manufacture rights they favor and simply deem them universal. Look how that’s worked out in China, Iran or Russia.

The State Department has parroted that conception of rights since. It has declared that the right to abortion and “the rights of the LGBTQI communities” are “at the heart of our foreign policy.” Countries that fail to recognize them risk losing U.S. support—an arrogant attempt at cultural dominance.

This is made possible by a backward conception of religion—and what constitutes it. The State Department in 2021, for example, offered $500,000 in grants to promote the “religious freedom” of “atheist, humanist, non-practicing and non-affiliated individuals.” Such people have the same fundamental rights as the faithful. But an official pretense that those beliefs constitute “religion” further damages the credibility of our religious-freedom diplomacy.

Mihrigul Tursun, a Uyghur Muslim woman, was interned in a Chinese “re-education” camp, tortured, deprived of sleep and subjected to electric shock—all because she was faithful to a religion that offends an atheist, totalitarian government. The U.S. must be clear-eyed about why it is fighting for people like Ms. Tursun.

The Declaration of Independence sets forth a radical claim: that all human beings are endowed by our Creator with certain “unalienable Rights.” The beauty and effectiveness of that claim is unlike that of any other system known to mankind. It applies to everyone, and it coerces no one. We abandon it at our peril. 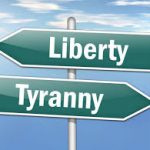 The Antidote to Tyranny is Liberty, Not DemocracySelected Opinion 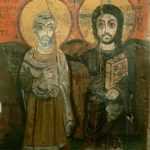 The Suffering of the SaintsSelected Opinion