When presidents and prime ministers make and enforce their own laws under the pretext of “emergency powers,” then citizens should not be surprised when their leaders discover an endless supply of “emergencies” requiring urgent action.

Political language manipulates political debate. Abortion opponents who define themselves as “pro-life” semantically render abortion proponents as “pro-death.” Abortion supporters who define themselves as “pro-choice” semantically render any opposition as “anti-choice.” Who wants to be “pro-death” or “anti-choice,” after all? Such is the nature of politics. Words are weapons: when wielded deftly, they shape the battlespace for our minds.

So what does it mean when Western leaders these days speak so much of democracy but so little of individual rights? Or that they preach the virtues of international institutions, while demonizing nationalism as xenophobic and dangerous? It means that national sovereignty and natural, inviolable rights are under direct attack throughout the West.

It has become rather common for European and American politicians to divide the world between “democratic” and “authoritarian” nations, the former described as possessing inherent goodness and the latter declaimed as threatening the planet’s very existence.

When presidents and prime ministers make and enforce their own laws under the pretext of “emergency powers,” then citizens should not be surprised when their leaders discover an endless supply of “emergencies” requiring urgent action. Should that truth be in any doubt, one need only look to Canadian Prime Minister Justin Trudeau’s iron-fisted decision to quell truckers’ peaceful Freedom Convoy protests against experimental vaccine mandates earlier this year by confiscating bank accounts and effecting forceful arrests with little regard for due process or respect for Canadians’ free speech. Trudeau’s declared “emergency” trumped Canadian citizens’ personal rights.

It is also true that democracy in and of itself is no guarantee for a noble and just society. In a properly functioning democracy of one hundred citizens, fifty-one can vote to deny the other forty-nine property, liberty, and even life. Should a member of the minority find himself enslaved to the state or slated for execution simply because the majority wish it so, he will not be singing the praises of democracy while his neck is squeezed within the noose.

Principles of federalism (where sovereign government jurisdiction is divided between a central authority and its local, constituent parts) and separation of powers (where the judicial, legislative, and executive functions of government are divided among distinct and independent branches) provide strong checks against the concentration and abuse of too much power.

However, it is the West’s traditional embrace of natural rights that exist apart from and superior to constitutional authority that create the greatest protection against unjust government power (democratic or not). When natural rights are viewed as inviolable, as they are in the U.S. Declaration of Independence, free speech cannot be censored simply because it is speech with which the government disagrees. When private property ownership is understood as an inherent right possessed by individuals, Trudeau could not so easily go after private bank accounts whenever he might choose to declare an “emergency.” When individual natural rights are seen as mere “gifts” from the government, though, they quickly disappear whenever government actors find it expedient.

It is increasingly common to see individual rights attacked as “selfish” and contrary to the “common good.” Should government leaders convince citizens that personal rights do not exist, or that they should not exist, then authoritarian governments embracing various shades of communism or fascism will come knocking on the door.

The rule of law does not excuse tyranny simply because what is unjust was democratically enacted. If any voting minority is vulnerable to the whims of the majority, then to that minority a democratic government feels exceedingly authoritarian, too. And should your life, liberty, or property be on the line, you might very well prefer the judgment of a benevolent dictator to the demands of a vengeful, yet “democratic,” mob.

The opposite of tyranny is not democracy, but rather liberty and individual rights. Is it not startling, then, that Western leaders extol democracy, yet pay such little homage to personal freedoms? Surely Western Civilization should honor hard-fought victories for freedom of speech, freedom of religion, and free will. Surely the advancement of human liberty should be celebrated as a triumph of reason and rationality over feudal systems of power and their imperious forms of control. Surely any “free” society distinguishes itself from authoritarian regimes through its steadfast protection of inviolable human rights that exist irrespective of statutory law. Yet freedom, liberty, and individual rights are rarely mentioned. In their stead, political leaders cherish the “virtues” of democracy and little else. It is as if a linguistic sleight of hand has robbed Western citizens of their most valuable heritage.

If Western political leaders have used rhetorical voodoo to replace “individual liberty” with vague notions of “democracy,” they have relied upon a similar witchcraft to replace national sovereignty with international forms of government. What are the European Union, the United Nations, and the World Health Organization if not institutional structures for weakening the individual voting power of a nation’s citizens by handing once sovereign national powers to non-citizens?

Is it not strange that Western leaders laud democracy over authoritarianism while simultaneously diminishing the power of their voters and strengthening the authority of foreign institutions? Shouldn’t “democratic” nations decide their own fates? If not, if they must yield to the authority of the EU, UN or WHO, can individual nations still claim to be governed democratically?

“Nationalism” these days has been reduced to a disparaging word, as if anything done in the interests of one particular nation is inherently suspect. Citizens who express patriotic pride in their culture and national history are often rebuked as parochial or downright bigoted. Political movements that champion national self-determination (such as President Trump’s MAGA coalition in the U.S. and Brexit in the U.K.) are routinely ridiculed as “fascist” or “neo-Nazi.” Even when they achieve victory in democratic elections, they are nonetheless labeled “threats” to democracy.

Surely it is just as absurd to praise international institutions over national governments without regard to the forms they take, as it is to praise democracy without regard for personal freedoms and individual rights. Surely it is easier to keep an eye on the actions of a local politician than it is to hold accountable a government official far away in Washington, D.C., New York City, Brussels, or Geneva. Yet international bodies are accorded tremendous respect today, while national bodies are frequently treated with disdain. It is as if national sovereignty has been demolished because the votes of democratic nations cannot be trusted to serve international interests. When Western leaders are all parroting the language of the World Economic Forum, it does not seem as if they are taking their marching orders from their own voters. Deferring to unelected, untransparent, unaccountable organizations seems a rather odd way to fight authoritarianism.

When national populations are denied self-determination and personal liberties are treated as privileges, not rights, then tyranny is never far from taking hold. Hiding that reality behind manipulations of language does not change its potent truth. It just forestalls contentious political battles for a later, more explosive day. 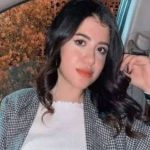 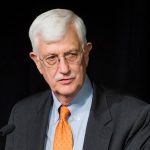