Last May 29, 2022 in Istanbul and other cities in Turkey, elaborate celebrations were held to commemorate the 569th anniversary of the Islamic conquest of Constantinople in 1453.  During these neo-Ottoman celebrations, President Recep Tayyip Erdoğan declared that “As our ancestors buried Byzantium, let us hope that today, by building our vision for 2053, we also manage to put in the time warp of history the current Byzantines who are plotting against us.”

In order to understand the troubling significance of this otherwise cryptic remark—most Westerners are today totally unaware of the history between Muslim Turkey and Christian Byzantium—some background is necessary.

Towards the end of the first millennium, the Turks, whose origins lay in the steppes of Asia, had become Muslim and began to raid and conquer portions of Asia Minor, which was then and had been for a millennium Greek and Christian.  By the end of the 14th century they had conquered it entirely and began eying Constantinople, just across the Bosporus.  Although generations of Turks repeatedly besieged it, it would fall to Muhammad II (or “Mehmet”), Erdoğan’s hero.

But why did Muhammad and his predecessors attack Constantinople in the first place?  What made it an enemy to the Turks?  The same thing that made every non-Muslim nation an enemy: it was “infidel”—in this case, Christian—and therefore in need of subjugating.  That was the sole justification and pretext—the sole “grievance”—that propelled the Turks to besiege it (as their Arab counterparts did in the seventh and eighth centuries).

From the start, deceit was part of Muhammad’s arsenal.  When he first became sultan and was too busy consolidating his authority, Muhammad “swore by the god of their false prophet, by the prophet whose name he bore,” a bitter Christian contemporary retrospectively wrote, that “he was their [the Christians’] friend, and would remain for the whole of his life a friend and ally of Constantinople.” Although they believed him, Muhammad was taking advantage of “the basest arts of dissimulation and deceit,” wrote Edward Gibbon. “Peace was on his lips while war was in his heart.”

Muhammad also exhorted his Muslim army with jihadist ideology once the siege commenced, including by unleashing throngs of preachers who cried throughout the Muslim camp,

Children of Muhammad, be of good heart, for tomorrow we shall have so many Christians in our hands that we will sell them, two slaves for a ducat, and will have such riches that we will all be of gold, and from the beards of the Greeks we will make leads for our dogs, and their families will be our slaves. So be of good heart and be ready to die cheerfully for the love of our [past and present] Muhammad.

“Recall the promises of our Prophet concerning fallen warriors in the Koran,” Muhammad himself exhorted: “the man who dies in combat shall be transported bodily to paradise and shall dine with [prophet] Muhammad in the presence of women, handsome boys, and virgins.”

The mention of “handsome boys” was not just an accurate reference to the Koran’s promise (e.g., 52:24, 56:17, and 76:19); Muhammad II was a notorious pedophile.  His enslavement and rape of Jacob Notaras—a handsome 14-year-old nobleman’s son in Constantinople, whom Muhammad forced into becoming his personal catamite until he escaped—was only one of the most infamous. The sultan stabbed to death another Christian boy who “preferred death to infamy.”

Or consider the behavior of Muhammad’s army one they had penetrated inside Constantinople:

When they had massacred and there was no longer any resistance, they were intent on pillage and roamed through the town stealing, disrobing, pillaging, killing, raping, taking captive men, women, children, old men, young men, monks, priests, people of all sorts and conditions.… There were virgins who awoke from troubled sleep to find those brigands standing over them with bloody hands and faces full of abject fury.… [The Turks] dragged them, tore them, forced them, dishonored them, raped them at the cross-roads and made them submit to the most terrible outrages.… Tender children were brutally snatched from their mothers’ breasts and girls were pitilessly given up to strange and horrible unions, and a thousand other terrible things happened.

Because thousands of citizens had fled to and were holed up in Hagia Sophia—then one of the Christian world’s greatest of cathedrals—the basilica offered an excellent harvest of slaves once its doors were axed down:

One Turk would look for the captive who seemed the wealthiest, a second would prefer a pretty face among the nuns. … Each rapacious Turk was eager to lead his captive to a safe place, and then return to secure a second and a third prize. … Then long chains of captives could be seen leaving the church and its shrines, being herded along like cattle or flocks of sheep.

Having taken possession of the Hagia Sophia—which at the time of its capture had served as a cathedral for a thousand years— the invaders “engaged in every kind of vileness within it, making of it a public brothel.”  On “its holy altars” they enacted “perversions with our women, virgins, and children,” including “the Grand Duke’s daughter who was quite beautiful.”  She was forced to “lie on the great altar of Hagia Sophia with a crucifix under her head and then raped.”

Next “they paraded the [Hagia Sophia’s main] Crucifix in mocking procession through their camp, beating drums before it, crucifying the Christ again with spitting and blasphemies and curses.  They placed a Turkish cap … upon His head, and jeeringly cried, ‘Behold the god of the Christians!’”

Practically all other churches in the ancient city suffered the same fate.  “The crosses which had been placed on the roofs or the walls of churches were torn down and trampled.”  The Eucharist was “thrown to the ground and kicked.”  Bibles were stripped of their gold or silver illuminations before being burned.  “Icons were without exception given to the flames.”  Patriarchal vestments were placed on the haunches of dogs; priestly garments were placed on horses.

“Everywhere there was misfortune, everyone was touched by pain” when Sultan Muhammad finally made his grand entry into the city.  “There were lamentations and weeping in every house, screaming in the crossroads, and sorrow in all churches; the groaning of grown men and the shrieking of women accompanied looting, enslavement, separation, and rape.”

Finally, Muhammad had the “wretched citizens of Constantinople” dragged before his men during evening festivities and “ordered many of them to be hacked to pieces, for the sake of entertainment.” The rest of the city’s population—as many as 45,000—was hauled off in chains to be sold as slaves.

This is the man whom Turkey and its president honor—including by rededicating the Hagia Sophia, which had been a museum for nearly a century, into a victory mosque to him last year.  Then,  Erdoğan proclaimed in a speech:

From here one can better understand Erdoğan’s recent assertion, “As our ancestors buried Byzantium, let us hope that today, by building our vision for 2053, we also manage to put in the time warp of history the current Byzantines who are plotting against us.”

Of course, the Byzantines never “plotted” against the Turks’ ancestors; quite the opposite—the Turks deceived and then attacked them for no other reason than that they were “infidels” who rejected Islam and, as such, deserved to be slaughtered, raped, and enslaved.

Nor, it’s worth noting, was Constantinople the only kingdom to be so utterly ravaged by Erdoğan’s hero.  For example, Muhammad II also slaughtered and ritually beheaded thousands of Christians when his men landed in and captured Otranto, Italy, in 1480, because they refused to convert to Islam; he ordered their archbishop sawn in half.

During last May 29’s celebrations, Erdoğan himself seemingly confirmed his approval of all the many unprovoked atrocities and conquests Muhammad committed: “Do you know,” he boasted, “that Sultan Mehmet [Muhammad II] the Conqueror is not only the conqueror of Constantinople but also the conqueror of Serbia, the Peloponnese, Athens, Wallachia, Moldova, Bosnia and Herzegovina?”

This is true; but can any rational person believe that all of these European nations, all of them hundreds of miles away from Asia Minor (Turkey), had somehow also “grieved” the Turks into attacking and conquering them?

All of this makes clear that Erdoğan, instead of being a modern day president who  is interested in living in peace with his  neighbors, sees himself as more of a sultan, dedicated to advancing Islam and humiliating infidels through jihad.

The message could not be clearer: jihadist ideology dominates Turkey, certainly its leadership.  Invading and conquering neighboring peoples—not due to any grievances but because they are non-Muslim—with all the attending atrocities, rapes, destruction, and mass slavery is apparently the ideal, to resume once the sunset of Western power is complete.

All historic quotes in this article were sourced from and are documented in the author’s Sword and Scimitar: Fourteen Centuries of War between Islam and the West. 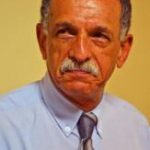 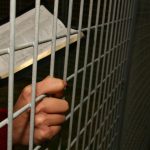 Death for “Blasphemers” in PakistanSelected Opinion