I have taken it upon myself to never give up on calling for reform of Egyptian legislation so as to achieve equality between men and women in inheritance. I repeatedly wrote that I aspire to a day when this equality is granted to all Egyptians, even as I stress that the long awaited Family Law for Christians in Egypt, which includes provisions for such equality, should be passed in Parliament. Once this equality is asserted for Egyptian Christians, it could act as a model for non-Christians too. Current Egyptian family legislation is based on Islamic sharia which grants a man twice the share of a woman in inheritance.

Egypt’s 2014 Constitution stipulates provisions for Christians and Jews to be governed by their respective doctrines in their personal status affairs, meaning family affairs. Article 3 reads: “The doctrines of Egyptian Christians and Jews are the main source of legislation that governs their respective personal status affairs, religious affairs, and the selection of spiritual leaders.” This paves the way for Personal Status Bylaws for Christians, also known as Family Law for Christians in Egypt, but Parliament has as yet passed no such law. The current parliamentary session closes in two and a half months, marking eight years on the 2014 Constitution, five years on the arduous drafting of the Family Law by the Churches in Egypt starting 2017, and some two years on the Churches handing its final version to the government in 2020 for presentation to Parliament. To date, the government has not submitted the draft law to Parliament for discussion and passage as law. This looks unlikely to take place before the end of the current parliamentary session, meaning we can only hope for it to be included in the legislative agenda of the upcoming session.

I will not elaborate on the legal confusion that Christian women have been suffering when it comes to inheritance shares for the past 178 years, since 1844. Watani has already covered this matter in details in a story published in its Arabic paper issue of 12 June 2022; the story carried the title “The female’s share … Inheritance of Egyptian Christian women. A report by the Egyptian Initiative for Personal Rights (EIPR)”. Watani’s story covered the details of the cumulative injustice suffered by Christian women on that score, trapped as they are under laws that should not apply to them. The EIPR report tackled the urgent need to pass the long awaited Family Law for Christians, which includes provisions to entrench full equality between men and women in inheritance.

Following my personal reading of the EIPR report, I would like to shed light on some current legal features that underline the urgent need for the awaited legislation for Christians.

First: Parliament’s failure to pass legislation that honours the Constitutional requirement which would end gender discrimination against Christian women in inheritance has led to a situation where a large sector of Christian men go to court to resolve inheritance disputes, secure in the knowledge that they would be legally granted double the share of their female relatives. This fact is frequently brushed under the carpet.

Third: Worth noting is that whereas current Islamic based legislation on inheritance is applied to Christians, the Islamic principle of polygamy is not applied; Christian monogamy escaped intact. This probably owes to the Church’s insistence not to perform polygamous marriages because they contradict the Bible’s teaching. But in case of inheritance, the Church could not insist on contradicting the Islamic based court rulings, even in presence of biblical texts that point to men-women equality [Note: Execution of inheritance rulings is entirely in the hands of the civil, not the religious, authority].

Fourth: Many Egyptian Christian man, myself included, have overlooked the legal Islamic based distribution of inheritance shares, and resorted to a consensual distribution conforming to Christian teachings regarding equality between men and women. Many, however, have resorted to or accepted their legal shares as double those of women, insisting they were merely applying the law. Hence the dire need for a Christian family law, and hence my comment in this regard: the dire need to redefine chivalry.

Meanwhile, we still await the Family Law for Christians in Egypt. 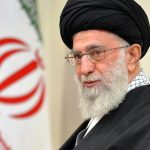 The ‘Islamic’ Model for the WorldSelected Opinion 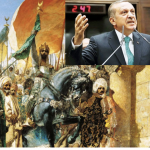