The power of these summits is in bringing together all stakeholders around advancing religious freedom.

Next month in London, the British government is hosting a global summit to discuss ways to address these and other instances of religious persecution. It is the third in-person gathering since the United States launched the effort in 2018. In the three years since delegates last came together in person, conditions worldwide have not improved, as observers continue to document alarming levels of intolerance by governments and societal actors.

In authoritarian countries such as China and Myanmar, genocides against Muslims are ongoing, while Christians face terrorist attacks in Nigeria, Pakistan and Iraq (along with their own repression in China and Myanmar). Extremists in India, Sri Lanka and Egypt victimize minorities, while Afghanistan and Iran attack minorities and target Muslims challenging their theocratic rule.Top of Form

In short, the timing for the London Ministerial Conference on Freedom of Religion or Belief couldn’t be better. The British thankfully agreed to host after the in-person Washington meetings in 2018 and 2019, and a virtual meeting convened by Poland in 2020. Oppressors and authoritarians certainly coordinate, so rights-respecting nations should as well, with every sector of society that values freedom of conscience and belief working together.

Lord Ahmad of Wimbledon, a longtime human rights advocate who holds a ministerial portfolio at the United Kingdom’s Foreign, Commonwealth & Development Office, explained that the “conference in London will bring together ministers, but also importantly other representatives from government, from faith and belief group leaders, and indeed importantly from civil society as well.” Grounding these discussions in the real-world implications of persecution, he noted the conference will “hear from survivors directly on the impact that persecution has had upon them, on their lives, on their communities.”

Fiona Bruce, the British prime minister’s special envoy on freedom of religion or belief and a sitting member of the House of Commons, said in an email that “the official Ministerial will involve over 500 delegates,” with hundreds more attending “well over 100 civil society events arranged in central London and around the country.”

The power of meetings like this one is in bringing together all the stakeholders in advancing religious freedom. Bruce and her team are endeavoring to involve diplomats, parliamentarians, civil society and religious leaders toward a common goal. Such partnerships can make a difference if they work strategically and with a tireless commitment to long-term change. If one group is missing or comes up short, it can weaken the entire platform for effective advocacy.

However, as I learned when designing the first two State Department conferences, words alone are not enough. Government statements denouncing state-sponsored persecution should come alongside firm commitments for more resources to support advocates in the field, plans to rescue individuals persecuted for their beliefs, and coordinated sanctions targeting abusers. The London meeting can make a mark for human rights if it spurs consequences when abuses occur and assistance for survivors.

As Bruce conveyed in an email, the meeting has the attention of Prime Minister Boris Johnson, who will host a reception for the delegates, and Foreign Secretary Liz Truss, who will make a keynote speech on the first day of the meeting.

From my two decades of work for the U.S. government, such high-level engagement is crucial and will hopefully encourage foreign ministers to attend. Without such support, events such as these have limited impact. In addition, ensuring continuity is important, so other nations are needed to host the next ministerial in 2023 or 2024.

The real test of these events, however, is not whether meetings are held or who attends, but whether conditions change for the better. As countries emerge from the pandemic, rights-respecting nations, civil society organizations and religious groups must work together to cure the pandemic of persecution sweeping the globe.

Knox Thames is the former special envoy for religious minorities at the U.S. Department of State, serving during the Obama and Trump administrations. He is writing a book on ending 21st-century persecution. Follow him on Twitter @KnoxThames. The views expressed in this commentary do not necessarily reflect those of Religion News Service.)

Photo: A Ukrainian serviceman takes a photograph of a damaged church after shelling in a residential district in Mariupol, Ukraine, March 10, 2022. (AP Photo/Evgeniy Maloletka) 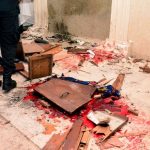 The Black Lives that Don’t Matter: 50 Christians Murdered in Their ChurchSelected Opinion 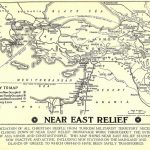 The ‘Christian East’ Is Bigger Than You KnowSelected Opinion