On 7th April Fr Arsanious Wadid, a Coptic Orthodox priest based in Alexandria, Egypt, was carrying out youth work on a seaside promenade in his home city when he was approached by a 60-year-old Muslim man.

The man initially asked Fr Wadid for assistance, to which the priest responded by giving him a present. However, even as the man went to take the present with one hand, he used the other to stab Fr Wadid in the neck, and despite attempts to resuscitate him, he died of his injuries.

“This shocking incident – which took place in a popular public space at around 8pm – presents just the latest reminder of the continuing persecution of Egypt’s Coptic Christian community – a phenomenon which dates back across much of the past 2000 years, and which is underpinned by long standing societal hostility that has often been encouraged by various regimes.”

This shocking incident – which took place in a popular public space at around 8pm – presents just the latest reminder of the continuing persecution of Egypt’s Coptic Christian community – a phenomenon which dates back across much of the past 2000 years, and which is underpinned by long standing societal hostility that has often been encouraged by various regimes.

Fr Wadid is not the first person to be murdered seemingly on account of his faith in Egypt. His killing took place almost a year after the execution of Nabil Habashi Salama, a 62-year-old Coptic Christian who was murdered by the Islamic State on 18th April, 2021, following his abduction by the terrorist group several months earlier.

IS media platforms circulated a video clip depicting Mr Salama’s execution at the time, reportedly sending a warning to the rest of the Christian community that they will be targeted due to their support for the Egyptian army and their loyalty to the Egyptian state. While the attack on Fr Wadid is yet to be linked to any terrorist elements and is still being investigated, his murder highlights once again a concerning and persisting attitude of sectarianism and intolerance towards the Christian community in the country.

Archbishop Angaelos, General Bishop of the Coptic Orthodox Church in the UK, wrote in a tweet following the priest’s murder: “In clerical attire in a public space with no one else attacked, it can be safely assumed that [Father Wadid] was targeted as a priest.”

The killing also occurred nearly five years to the day when twin suicide bombings targeting the Coptic Orthodox community on Palm Sunday in 2017. The attacks took place in Alexandria and the northern city of Tanta, with the former specifically targeting the head of the Coptic Orthodox Church, Patriarch Tawadros, as he conducted mass in St Mark’s Cathedral. At least 44 people were killed and 126 were injured.

Perhaps most confusing is that these developments have taken place against a backdrop of seeming improvements under the rule of Egyptian President Abdel Fattah al-Sisi. For example, in 2015 he became the first serving President in the country’s history to attend a Christmas Mass at St Mark’s Cathedral in Cairo on Christmas Eve in the Coptic calendar, and he has also made repeated personal commitments to combatting sectarianism and religious discrimination.

However, these welcome commitments are yet to permeate to wider Egyptian society. Sectarian tensions remain of particular concern, often arising in relation to the renovation or construction of churches. In recent years, Coptic Christians have regularly been forced to abandon such projects, or to make concessions such as building churches without bells.

Communal violence also arises regularly, and local authorities are typically slow to hold perpetrators to account. In many cases they hold extra-legal ‘reconciliation’ sessions which impose ad-hoc, unjust and often un-constitutional conditions on the victims of violence while failing to punish perpetrators adequately. This perpetuates a culture of impunity, facilitating an environment in which individuals such as the murderer or Father Wadid feel free to act without fearing the consequences.

Fortunately, Fr Wahid’s assailant has been arrested, and it is essential that the Egyptian authorities ensure that a thorough investigation is carried out, that anyone found to be complicit in this murder is held to account, and that any sentences handed down match the gravity of this appalling crime.

The handling of this case presents an opportunity for the expressed commitments of President Sisi to be translated into action that demonstrates that unfettered religious intolerance no longer has a place in Egyptian society. 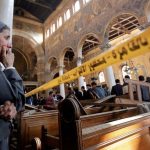 Fear is a City that Copts InhabitSelected Opinion 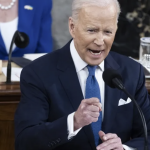 Biden: ‘So Many Muslims Are Targeted With Violence’ and ‘Oppressed for Their Religious Beliefs’Selected Opinion